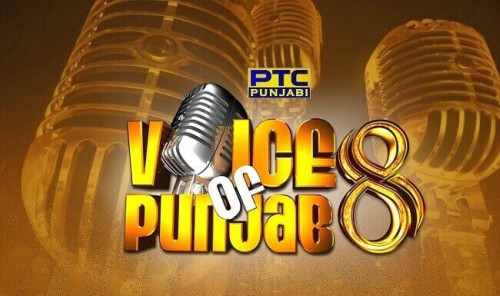 Are you all set for the Voice of Punjab Season 8 (2017) auditions ? Well, the entrance for participations is totally free and the selection will be made by the present judges. Here you can get all the details of PTC Punjabi latest Voice Of Punjab 8th season’s details.

The Voice of Punjab is an Indian reality television singing competition broadcast on PTC Punjabi. The concept of the series is to find currently unsigned Punjabi singing talent contested by aspiring singers, age 18 to 25 Years, all drawn from public auditions. The winner of this singing competition is determined by television viewers voting by telephone, SMS text and the final consent of judges.

This TV Show has given a platform to many current Punjabi music industry stars like Kaur B, Ranjit Bawa, Amar Sehmbi, Rupinder Handa, Gurnam Bhullar etc. They all went through the auditions and showed the immense singing talent to the globe. If you are a singer, learning or a professional and your age is about between at least 18 to 25 years, why not give yourself as chance by being in all new Voice of Punjab’s Season 8 auditions which will be hunting talent over major cities in Punjabi, as Amritsar, Jalandhar, Ludhiana and Chandigarh.

The auditions are starting with a devotional jump-start from the most pious city of “Amritsar” as the date of 4th December 2017.

Requirements for contestants / Eligibility Criteria for the Auditions