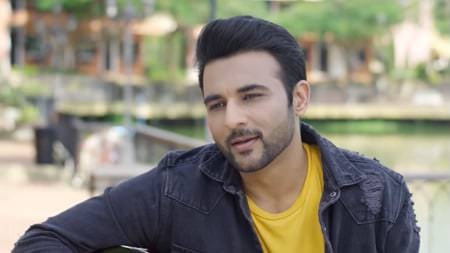 Duniya te lakh’an chehre, beshak ne fabbde ve,
Undoubtedly, there are hundreds of thousands pretty faces in the world,
Mere 2 nain ne kamle, har pal tenu labde ve,
But these do silly eyes of mine only seek you.

Teray vich rehn gawache, yaadan de ghere ve,
The boundaries of my mind are limited to having thoughts about you only.

Jiná tu khud wich sajjna, Onaa hi wich mere ve (x2).
As much as your soul is present in your body, Same it exists in me too.

Teri ae adaa niraali, Kehke koi gal te hasna,
Smiling adorably after saying something, this style of yours is particular.
Kadd ke meri jaan lai jaave, Aukha ho jaawe bachna,
It takes me breathe away. It is so hard for me to escape.
Mainu hunar sikhaade, Aunde tainu jede ve.
Dear, teach me such skills.

Sandhu kuldeep main rab ton, manndi haan nit duavan,
Oh Sandhu Kuldeep (songwriter), Every single day I ask in my prayers that..
Vaalan de cheer ch suha rang main tere pyar da pawaan,
I want to apply vermilion for you on my forehead. (an Indian custom that only a married woman does in the name of her husband.)

Jiná tu khud wich sajjna, Onaa hi wich mere ve,
As much as you exist in yourself, Same you exist in me as well.

The multi-talented artist Harish Verma has released his new Punjabi love song “Chehre” and it has been written in the writing of Sandhu Kuldeep. The Punjabi song translation is also available.