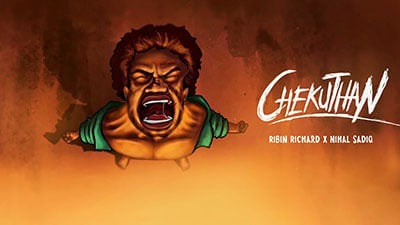 Not long ago, within our hearts, You were neglected.
And now we bow down in shame.

This phase, too, shall pass. Shall welcome a flowery era.
With a thought of change. Come with us!

Time rise above everything!
Grow and spread your glory!
Slowly bearing their claws, they’re approaching us!
Prepare to tackle the legion of devils in disguise.

The hunger within burns like fire familiar.
Undying embers are all that’s left of it.
There’s a world yet to be seen from where you stand.
Above all, who were the ones to have come here first?

Time rises above everything!
Rise above, rise above!
All of you form the legion of devils!

Arfan Nujoom shot the music video for “Kaalame Poyidam” and it was released on January 1, 2021.