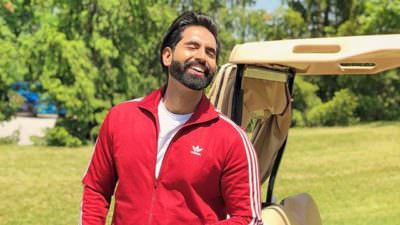 Chidi Udd Kaa Udd is a popular children’s game for at least 2 or more players, the title meaning in English is “Sparrow fly, Crow fly” translated into Hindi as “चिड़िया उड़ कौआ उड़”, the song name, chorus has been taken from the phrase of game which involves mind,hand and ear coordination. In this game one person asks another, “Does crow fly” and respondent listens carefully and if the object can fly he takes his hand in air and says yes crow fly, for example. Ater asking for few birds who can fly, the questioner tries to trick the respondent with asking something which cannot fly for example “does cow fly,” now here if the respondent says in flow of game that yes cow flies, and there he loses the game.

The latest song of Parmish Verma uses famous phrase of “Chidi Udd Kaa Udd” game and the same phrase also has been used in many children poems. In Hindi, the game is also called as “Chidiya Ud Tota Ud.” Through the verses of song, the singer expresses desires of a you man that what would he or someone would ask from God or wish to have in their life. It could be luxury cars, outfits or lands of gold clubs or casinos.

Below is the translation of Parmish Verma’s Punjabi song “Chidi Udd Kaa Udd Lyrics” with the closes meaning of verses, Hope everyone would find it useful. The meaning of song in English has been added on demand of many users who requested for translations. If you also need any other song to be translated, just head to request translation page and soon you may see the translations live on this website.

Does a sparrow fly, does a crow fly,
Oh God, is everything good ?
Oh God, with all my courage I wish to have something from you
I have this strong desire of becoming rich a person, nowadays.

Wish to have dozens of branded Armani & Versace suits,
Wish the L.V. (LOUIS VUITTON) and Gucci designers would come to my home to deliver their new designs to me,
I wish I was good friend with Bill Gates and Donal Trump and see them oftenly,
I also wish that I had my yard full of luxury cars like Beamer, Bentley, Mercedes Benz.

And a 6 by 6 pick-up truck
Not until that, also 100 acres land in city of Ludhaina
And 300 acres of land in America, I wish to have,
Also a huge golden palace even bigger than Raavan’s Sri Lanka,
I want to live carefree, God, there is no point being miserable.

Dear God, send me a white Lamborghini with 21 inches tire rims
And also please send an Alladin Jini to do my small works,
While just sitting and doing nothing, Wish I could become fit
God, send somebody else to gym for me.

A lot of pizzas for me to eat,
Like my own Domino’s at my house,
And if you could, God, please get me my own casino in Vegas.

Wish there was a girl with me even more prettier than Wonder Woman,
Also I request to have a golf club of my own.

Whatever size would it be,
I would keep my haters pick and bring back my gold balls.

I think of dancing with fun while wearing two Rolex watches on my wrist,
And wear matching fancy clothes with my colorful cars
And tell it to everyone that…

There are Pitbull’s on my house gate
Swinging their tails for me,
Oh Laddi brother, what to sing next?
And those dogs would bite the fake news reporters.

I request that no farmer’s crops burn or they ever become sad
And another small wish I have to have a helipad on water motor.

M. Vee brother, Am I slaying it?