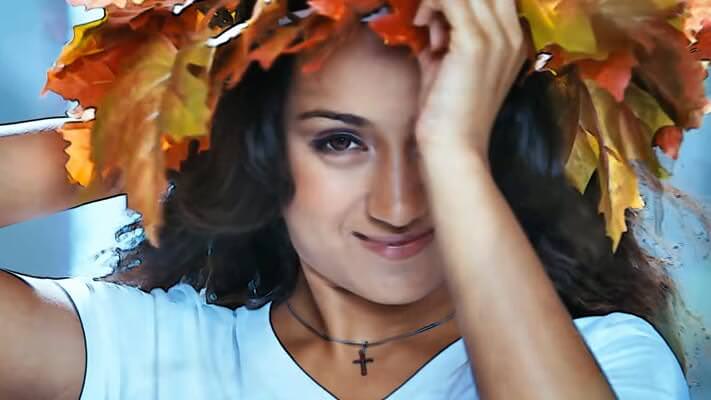 Why did you shatter my heart into pieces?
I’II give you my other heart to break again.

That moment, one evening the time our eyes met,
the time I lost myself, something happened to me.

Touched by the sky, Dad’s chiding words vanished with the wind.

Hosanna, She just crossed my doorstep.
Hosanna, that’s all she did.
I’m feeling, I’m falling to pieces.
After she left, I’m searching for my heart.

Everybody wanna know what I feel like? I feel like,
I really wanna be here with you.
It’s not enough to say that we are made for each other.
It’s a love that is Hosanna true.
Hosanna, Be there when you’re calling out my name.
Hosanna, Meaning of my whole life has changed.

I never wanna be the same.
It’s time we re-arrange
I take a step. You take a step… Me ah calling out to you. Hello!

The butterflies in many hues flutter here and there in search of flowers.
A cloud, a single cloud moves here and there to caress me softly, drop by drop.

Hosanna, Is the butterfly here?
Hosanna, Has the cloud touched you?
You become a shell, I become a child to clasp you in the palm of my hand protectively.

Why did you shatter my heart into pieces?
I’II give you my other heart to break again.