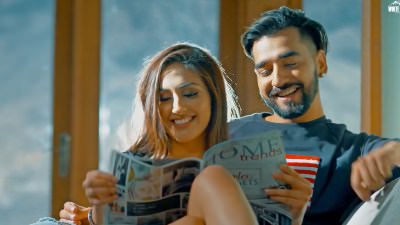 Sukh Sanghera is director of music video in which Maninder Buttar seems to be acting as a heartbroken guy who has been cheated and abandoned by his girlfriend. Yet still misses her and is singing in her memories, “why did you love me? If you wanted to leave me like this.”