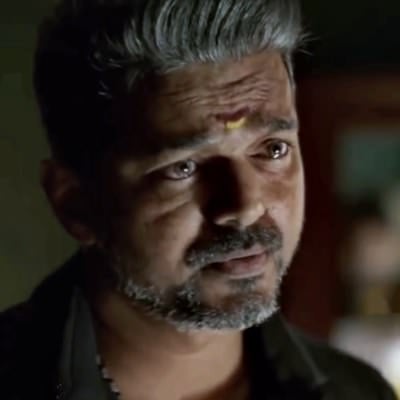 English translations are live now — check it out!

Vaazhkayin Kaaranam, Ennai Vittu Pogudho,
Is my life’s reason for my birth leaving me all alone on earth?
Veedhiyil Veera Vaal, Thee Pidithu Vegudho,
Is the brave sword, eternal champion dying in a blaze of glory out in the open.

My life can’t function without you.
I want your voice as my eternal echo.
Come back to me somehow.
In a crowd without perpetuity.

Your name will be imprinted for posterity.
Bounce back into my life.
Crossing hurdles of strife.

Without you in this world by my side where will I go, how will I survive?
Father, come back.
Come, we can counter-attack.
Come back to me. I want you in my life for eternity.

When a mountain gets razed to the ground another mountain unfolds on its own.
In a jungle where a leopard ruled Another one filled its shoes unschooled.
Am I the king, by necessity jostled?

Kaalame is one of the two additional Tamil songs released from Thalapathy Vijay & Nayanthara’s blockbuster Tamil movie ‘Bigil’, directed by Atlee Kumar. Bamba Bakya is the vocalist in playback with its Tamil lyrics from Vivek. A.R. Rahman has directed music for the Kaalame track.

Now, you can read the translation for ‘Kaalame Lyrics’ from ‘Bigil’ in English.