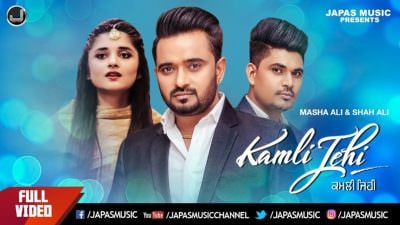 Kamli Jehi Lyrics is a most loveable song released this week. The Punjabi artists Masha Ali & Shah Ali, music is composed by SKB. Sahil Sharma is director of video and Japas Music is music company which released the tune.

Masha Ali is back with another soothing Punjabi number titled as “KAMLI JEHI” featuring Shah Ali, he is lyrics writer also.