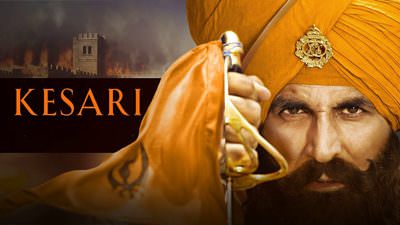 Akshay Kumar starrer new Bollywood film “Kesari” songs in the Hindi language. Check out also the tracklist of all songs and translations from Kesari Songs.

Kesari is an unbelievable true story based on the Battle of Saragarhi, 1897. Touted as one of the bravest battle ever fought, 21 courageous Sikhs countered 10,000 invaders. These saffron-clad warriors fought valiantly against all odds and changed the meaning of bravery. This Holi, celebrate the spirit of bravery & sacrifice with Kesari.