Nimrat Khaira, featuring a Punjabi song, won the hearts of Punjabi music listeners with romantic lyrics and alluring Mankirt Aulakh’s vocals. Avvy Sra has created a touching musical tune, and the very lovely Punjabi lyrics come from the songwriter Shree Brar. He hummed the verse in the track, too. Arvindr Khaira is the director of attractive, the enjoyable Punjabi music video for Vail song. 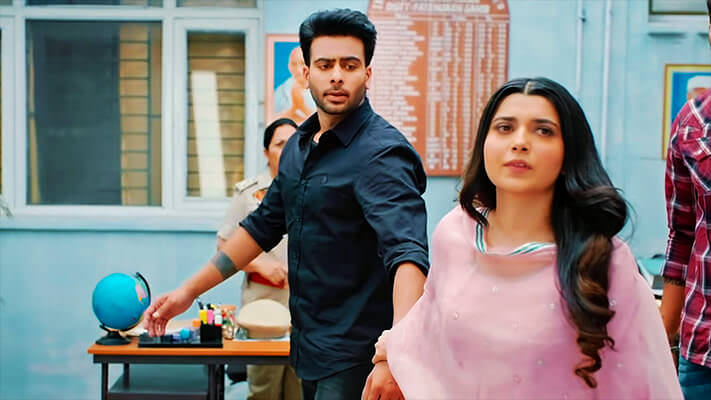 The Punjabi word ‘Vail’ means ‘bad habit’ or ‘flaw’ in English and can be translated as ‘Buri Aadat’ or ‘Khot’ in the Hindi language.

I don’t wanna fall in love.

The guy I chose is not bad at all.
I don’t need luxury cars at all.

The guy I’ve selected is definitely not bad.
I don’t need luxury cars at all.

To others he might be a drunkard and a madman.
He may be one of the ill-fated ones too.

One who has no imperfections, can you point me to a guy like that?
Slowly, your son-in-law will get rid of all his bad habits on his own, Dear Mother.
[In Hindi: Ladki Apni Maa Se Keh Rahi Hai Ki, “Dheere-Dheere Tumhara Jamaayi Khud-ba-Khud Apni Saari Buri Aadatein Chhod Dega, Maa.”]

After he had sworn on my name, he had stopped being rowdy,
He’s the man of his words, my dear mom.

He’s dealing with all his cases slowly,
He cares much about this beautiful girl (me).

He had stopped being rowdy after he had sworn to my name,
He’s the man with his words, my dear mom.
He’s dealing slowly with all his cases,
He cares much about this lovely girl.

After all, he’s a Punjabi, being a little rude is certain.
He also belongs to the city of ‘Bathinda,’ which is why he has little attitude.

He who was never even afraid to be behind bars now feels restless in my absence.
Your son-in-law will slowly get rid of all his bad habits on his own, Dear Mother.

Listen, my dear mother.
Please get me married to him, please.
Please get our relationship to its destination.
I’m almost dying in love with him.

How could I have left my beloved?
I’ve already exchanged a ring with him.

He used to be short-tempered, but now he’s so loving.
He always keeps me around him, while he earlier used to be equipped with a weapon.

He held my hand with his eyes closed.
I’m afraid he might die because he’s away from me.

When I can’t see him, it gets dark all over for me.
Slowly, your son-in-law will get rid of all his bad habits on his own, Dear Mother.

Find out the meaning of Makirt Aulakh and Nimrat Khaira’s latest Punjabi song Vail lyrics from the English translation shared above.