Oru Nokku is a romantic Malayalam song from movie ‘Sunday Holiday’ & is sung by Karthik. Read the translation of Oru Nokku Lyrics and find out meaning in English. 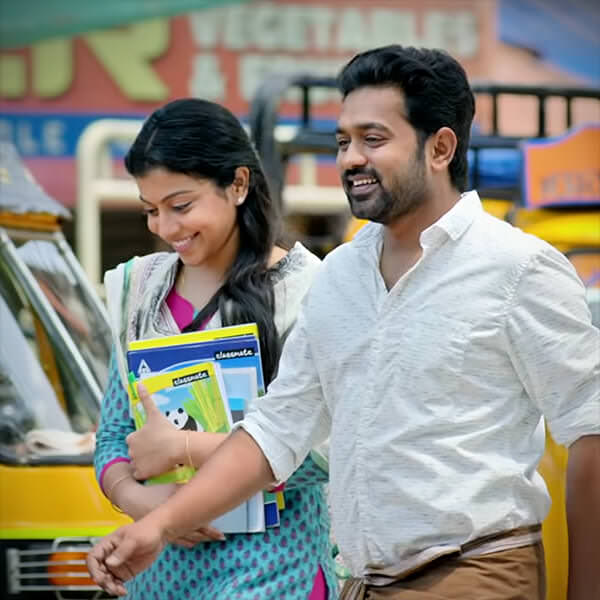 The girl I longed to see is never coming back.
The girl who breezed past me has lost her way.

She has become a tale of the past.
The thoughts of her sweet smile give me pain.

In the wandering breeze, we are two floating leaves.
This is the point where we get separated.
A shadow of mine is bidding goodbye.
It is disappearing in the blinding light.

The silence we shared has abandoned us.
The girl who gave me joy is no longer mine.

The chime of her bangles will be lost forever.
Her footsteps will disappear in the dark.

The sweetness of your song is lost on me.
The birds of sorrow are waking up in me.
In the hands of the midnight breeze,
we used to become two feathers to reach the new horizon of dreams.