Read the Bohemia‘s Song Saari Duniya with Urdu lyrics that are songwriting of Bohemia, Asim Raza for Coke Studio. Read the English translation of Saari Dunya’s lyrics. The music of Saari Duniya track is produced by Bohemia. 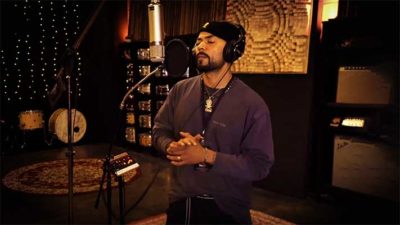 Hear my epic tale. The story of my youth and childhood.
The man that I once saved from drowning, now floods my boat with water.
Do you remember a little now? Do you recognize my voice?
I’m Bohemia – the game of rap is a gift from me.

I have poured my blood, sweat, and tears into this industry,
now this lamp burns bright as the sun.
My lyrics are strong and enduring. I am the one who invented rap.
Meaning that I changed your destiny.

Who can rob me of my hard-earned place?
The artists emerging after me, who are like my children.
Prospering through my efforts and prayers.
But the way a schoolbook lesson fades from memory.
My name is starting to fade from the world.

I am a candle in the night.
I am a song without words.
I have met the whole world, and yet I am alone.

I arrived alone, distinct from everyone.
Ever since Akshay Kumar brought me into the desi industry.
That’s when you all started following me.

In 2002, a pen in my hand.
With my own hand, I sowed in the soil the seeds of hip-hop.
Now, look how these seeds I sowed have grown into trees.
Now, in the shade of these trees, I sit like a lion.

This jungle is my glory now.
From root to fruit-laden branch, the trees of this jungle are filled with my spirit.
But the way trees get cut down one by one.
My name is starting to fade from the world.

In the night, I am the candle.
Without words, I am a track.
I have experienced the entire world, but I am alone.
I am alone.