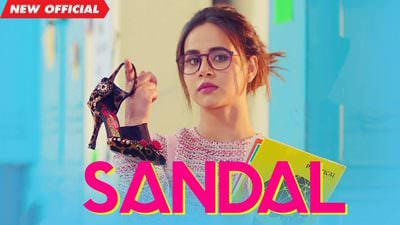 Catch the English translation of Sunanda Sharma’s latest Punjabi song Sandal to get meaning of its Punjabi verses. It’s a catchy number produced by Sukh-E and the entertaining lyrics for track come right from songwriter Jaani.

The song is from a girl who is taunting her ex-boyfriend, mocking at his new girlfriend by singing, “your new girlfriend isn’t pretty and loving at all. She is no match to my beauty.”

Na mere wangu nak ae tikha-tikha,
She doesn’t have an attractive pointed nose tip like mine.
Na mere wangu thoddi thalle til ae,
Neither she possesses a beautiful mole on chin.

Tere layi te kudiyan de Ve jaani dil khidaune aa.
Oh cruel, a girl’s heart is like a toy for you. It doesn’t mean much to you.

Tainu pata ni lagda Ki-ki choriyan kardi ae,
You have no clue what else she has been hiding from you.
Ve oh filter la-la Photo’ an goriyan kardi ae,
She beautifies her pictures with photo-editing tools.

Mere wangu nai ohne tere kale Tikke laune aa,
She wouldn’t care for you so much and cast off evil’s eye on you, as I do.

Teri navi saheli de naalo Oh mere sandal sohne aa.
The sandals of mine too are attractive than your new-girlfriend.