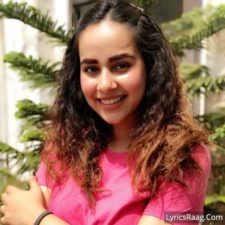 Sunanda Sharma is a famous Punjabi singer who is best known for her song “Patake” released in 2016. She was born on 30 January, 1994 in Fatehgarh Churian, Gurdaspur, Punjab, India. She started her debut as an actress by co-staring with Diljit Dosanjh in film Sajjan Singh Rangroot (2018). She also did her first debut recently in Bollywood with a peppy track “Tere Naal Nachna” featuring Badshah from Nawabzaade (2018).

Sunanda used to perform Punjabi cover songs and publish on YouTube, which gradually received unexpectedly enormous positive response from global audience. Her songs went viral over most social media websites and that is, how she came into limelight. In the way, Amar Audio music company’s producers approached her and created some good projects with Sunanda to bring the best out of her and present her talent at bigger level by properly by professionally recording, promoting, editing, releasing songs.