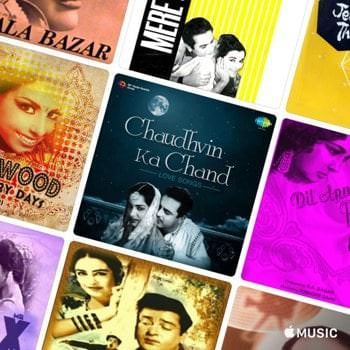 Mid ’60s Bollywood film proceeded in much equal vein from it had during the ’50s, with passionate melodic classics from Lata Mangeshkar and Hemanta Mukherjee. Be that as it may, as the decade advanced, films got more action-packed, and the music kept pace with a memorable, increasingly Western-influenced sounds. Enjoy one of the most enduring periods of Bollywood music with our most melodic Hindi songs collection from the 1960s.

Gata Rahe Mera Dil is a never forgettable golden tune that is hummed by the duo of Kishore Kumar and Lata Mangeshkar. The song is from Guide (1969) movie featuring Dev Anand, Waheeda Rehman, Kishore Sahu, Leela Chitnis & Anwar Husain. S.D Burman is the director of music and Hindi lyrics have been inked down by Shailendra.

Ajib Dastan Hai Yeh is a romantic-sad song from the Indian Hindi-language romantic drama film Dil Apna Aur Preet Parai released in 1960. Shailendra is a songwriter, and Lata Mangeshkar is a vocal performer. The stars in the music video from the classic movie are Raaj Kumar, Meena Kumari & Nadira.

Khoya Khoya Chand, the most soulful voice of Mohammed Rafi, is a most liked song from Hindi film Kala Bazar (1989) featuring Dev Anand, Waheeda Rehman, Nanda & Helen. This song has its music composed by Helen. S.D. Burman with lyrics penned by Shailendra.

Zara Nazaron Se Kah Do Ji is also the most played song in the voice of Hemant Kumar and is from Bees Saal Baad (1962). Biswajeet, Waheeda Rehman, Madan Puri & Asit Sen performed in the music video, and Shakeel Badayuni penned the song lyrics.