Read the Inna Mylu Song Lyrics that are performed by Sivakarthikeyan, Rajesh, Poovaiyar, Kamala Kannan for Lift Tamil movie, with their English translation. Sivakarthikeyan, Kavin, Amritha Aiyer are the stars who acted in the Inna Mylu music video. Learn the meaning of Inna Mylu's Tamil lyrics in the English language. The serialist Nishanth wrote-down the song-lines 'INNA MILA/MYLU' and Vineeth Varaprasad is the video-director who governed the music video. 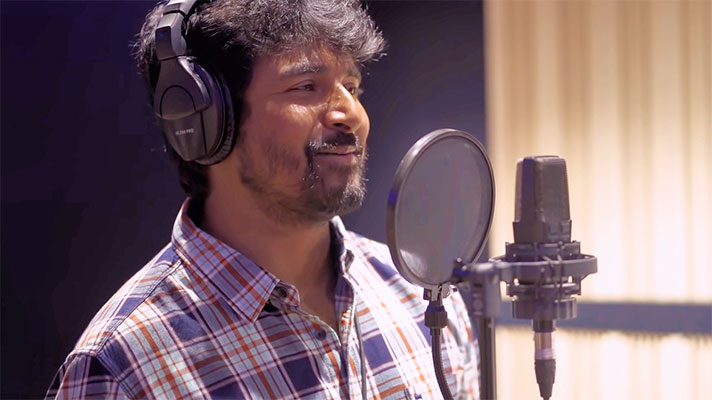 What’s up, Mylu (My love)? What are you up to? You started a scene… Don’t leave it midway.
What are you up to, Mylu?
Why have you now, come back to me. Whom did you mess with? What did you bluff?

Hey, keep it low. You call many, a friend, giving it a shot. But you wouldn’t make time, are you bot.
Still, your status carries miss you a lot. Off late its been a trend or what…
Half the life is lost on the phone. Rest is lost, repaying the loans.
Yeah, it seems you live a high life, but aren’t all these bought on EMIs.
What’s up mylu. Installments now.

CAR on EMI. Phone on EMI. House on EMI.
Briefly, nothing’s mine. There’s one thing about us.
We are glued on to seat daww—pretty girls around us.
We don’t give a damn daww.

Thousands of friends on online.
No one came when I needed help.
May I bring my flocks?
Shall we show them what friendship is?

Hey, shut up, you monkey,
if you bend too much, you’ll get a hunchback.
Whoever it is, must speak the truth.
If you’re the chieftain, everything will be ripped apart.

Give a like for her Post.
You just get her phone number.
If she trusts you, tie the nuptial knot.
You wished to get yourself Screwed Up.

Set aside the neighborhood issues.
Don’t stand to eavesdrop without shame.
Don’t blabber relying on the Almanac.
Now you got stuck leaving your leg in the sludge.

Both of the dudes are stormy in speech.
They will capture forts by chattering.
Spark of fire when speaking about Tamil.
Your Nephew Flunked in Tamil.