Apsara song featuring Diana has hot Punjabi lyrics and a sublime English translation with vowels by Asees Kaur, Jaani. The dandy lyrics of Apsraa descant were documented by Jaani. Jaani is the architect of APSARA’s winning music. The capital music video for the gripping warbling was lead by Arivindr Khaira. 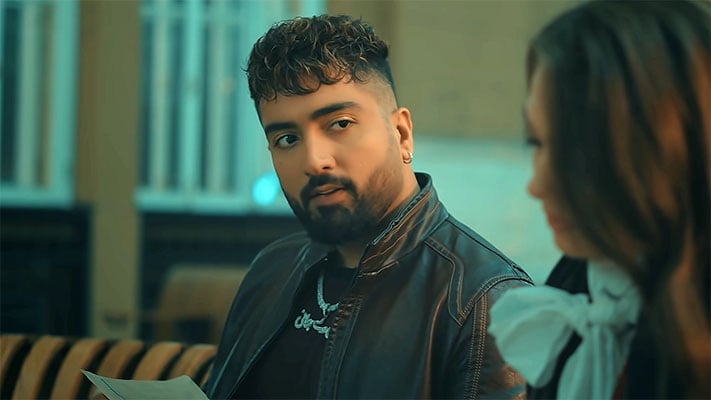 An angel…
I met an angel with earrings in her ears and black hair.
Her eyes were blue. I couldn’t understand where she got it from.
She was as fair as one could get, fair as rum in winter.

She was from Moscow, and She had a lot of magical tricks up her sleeve.
When she saw me with her sharp eyes, she ripped through my soul.
No less than the garden of sandalwood, she woke up my sleeping luck.
I lost all my senses.

I met an angel with black hair and earrings in her ears.
She was as fair as it got, as fair as rum in the wintertime.
She was from Moscow and possessed a plethora of magical abilities.

It started to drizzle, and I wanted to touch her.
A beggar crossed us and said, there’s nothing in love, don’t fall for it.
I didn’t listen to him and asked him to move on.
Her beauty could be compared to the best of flowers and the Taj Mahal.
No one wants to leave the Taj Mahal.

If you want to understand the value of clothes,
Then you should ask someone who doesn’t have any.
When God her voice, even he woke up from his sleep, then who am I?
Who am I?
We fell in love as the night progressed.
It’s a miracle.

Both of our hearts started beating faster.
I met an angel with earrings in her ears and black hair.
Her eyes were blue. I couldn’t understand where she got it from.
She was as fair as one could get, fair as rum in winter.

I wanted to ask her name, but she couldn’t understand a single word I said.
Even though I am a poet, I couldn’t recite in front of her.
I don’t know how to sing, but I still sang for her.
I served her water with my own hands.
She asked me my name but with her eyes.

I was high without even drinking and frustrated at how even the silence felt too noisy,
How do I even talk to her? Her language is something else altogether.
Even before she could speak…

Even before she could speak, clouds spoke out the window, and stars began to clap.
I met an angel with earrings in her ears and black hair.
Her eyes were blue; I couldn’t understand where she got them from.
She was from Moscow, and she had a lot of magic tricks up her sleeve.

I felt like crying, but I couldn’t say anything; I was as speechless as a mute person.
I tried clicking a picture with her, but my phone shut down.
While her face is imprinted in my heart, I don’t need a picture since her face is unforgettable.

Then a thought crossed my mind; I had a question –
Similar to the way priests are attracted to their place of worship (Literal Translation).
If God enabled our eyes to click pictures, nothing would’ve been better than that.

I wouldn’t wash my shoulder for seven years.
I met an angel with earrings in her ears.

It doesn’t matter if someone has seen the whole world or even God,
If they haven’t seen you, they haven’t seen anything.
Jaani, I am sorry I couldn’t express my love,
I never thought love, at first sight, was real.