Languages are used in various ways in Bollywood songs, which can be complicated. The majority of songs are invariants of Hindi and Urdu, with some also including other languages such as Persian, and it is not uncommon to hear English words in songs from contemporary Hindi films. Apart from Hindi, various other Indian languages such as Braj, Avadhi, Bhojpuri, Punjabi, Bengali, and Rajasthani have been employed. To make it easier for our listeners, we regularly add Hindi song lyrics translations in the English language. And this can be advantageous when it comes to deciphering the meaning of Hindi lyrics from Bollywood films. The following list of tracks also includes love songs sung in Hindi by both male and female vocalists. These songs were performed by various artists. We really hope that you enjoy looking up the lyrics to some of your favourite songs in the English language. 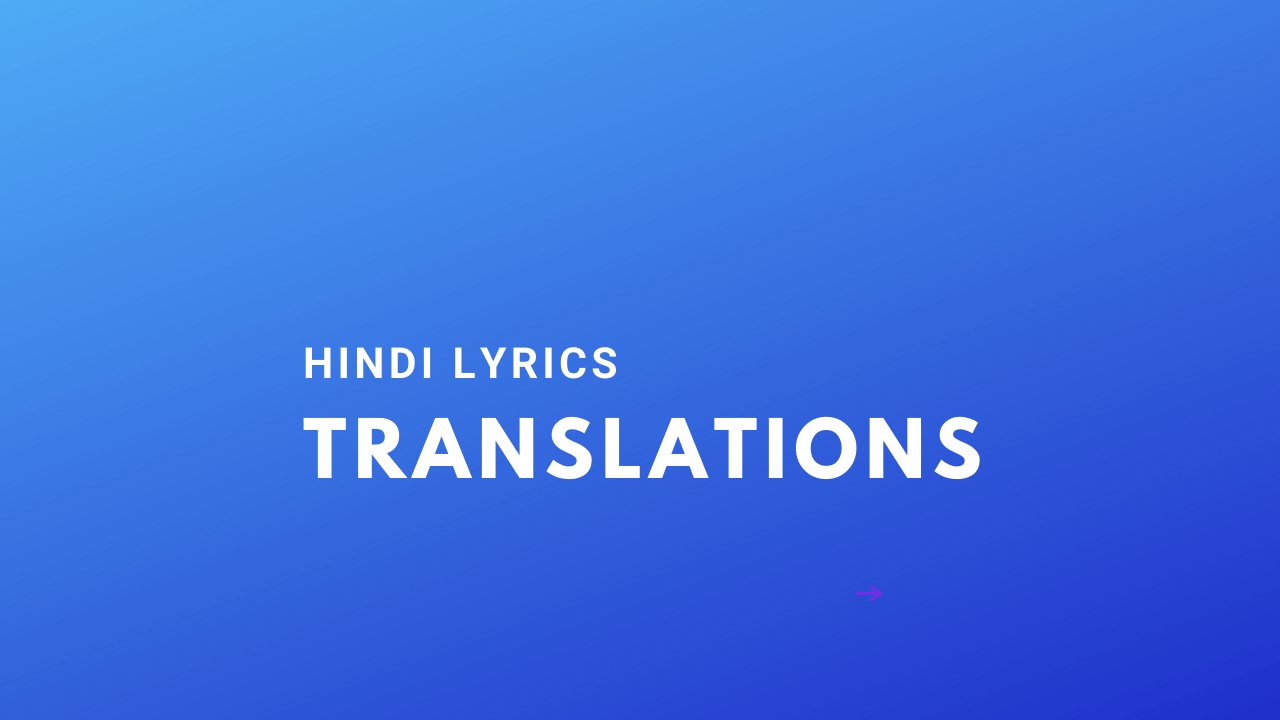 This list showcases all Hindi songs coupled with their lyrics and English translations. In addition, we have continuously added new Bollywood songs, their meanings, and their songlines, so that you may comprehend everything from the musical to everything else.

Hindi movie songs are also referred to as Bollywood songs or Hindi film melodies. Inspired by Indian film song and dance routines, Bollywood songs, alongside dance, are an enduring feature of Hindi cinema and help elevate the film’s cultural significance and context. Hindi film songs constitute a sizable portion of Indian popular music, drawing inspiration from classical and contemporary sources. Hindi film songs have become ingrained in North India’s popular culture and are frequently encountered in marketplaces, businesses, bus and rail travels, and other contexts. While Hindi films frequently have numerous songs and dance routines, they are not musicals in the traditional Western theatrical sense; rather, the music-song-dancing element is an intrinsic part of the genre, much like storyline, language, and other characteristics.

Songs in Bollywood films are generally written by eminent poets or literati (who are frequently distinct from those who create the film script), and these lyrics are frequently set to music, which is carefully choreographed to match the dance routine or screenplay of the film. Professional playback vocalists then perform them with the performers lip-syncing. Bollywood cinema is unique because the bulk of songs are seen being performed by the characters rather than being played in the background. While protagonists frequently sing, antagonists in films do not, like music, and the arts are a sign of humanity.