Please have a look at some new Telugu songs and their English lyrics, after which we will feature official music videos from Telugu movies. In order to learn the true meaning of your favourite Telugu song lyrics, we will provide you with the best English translations of their song verses. 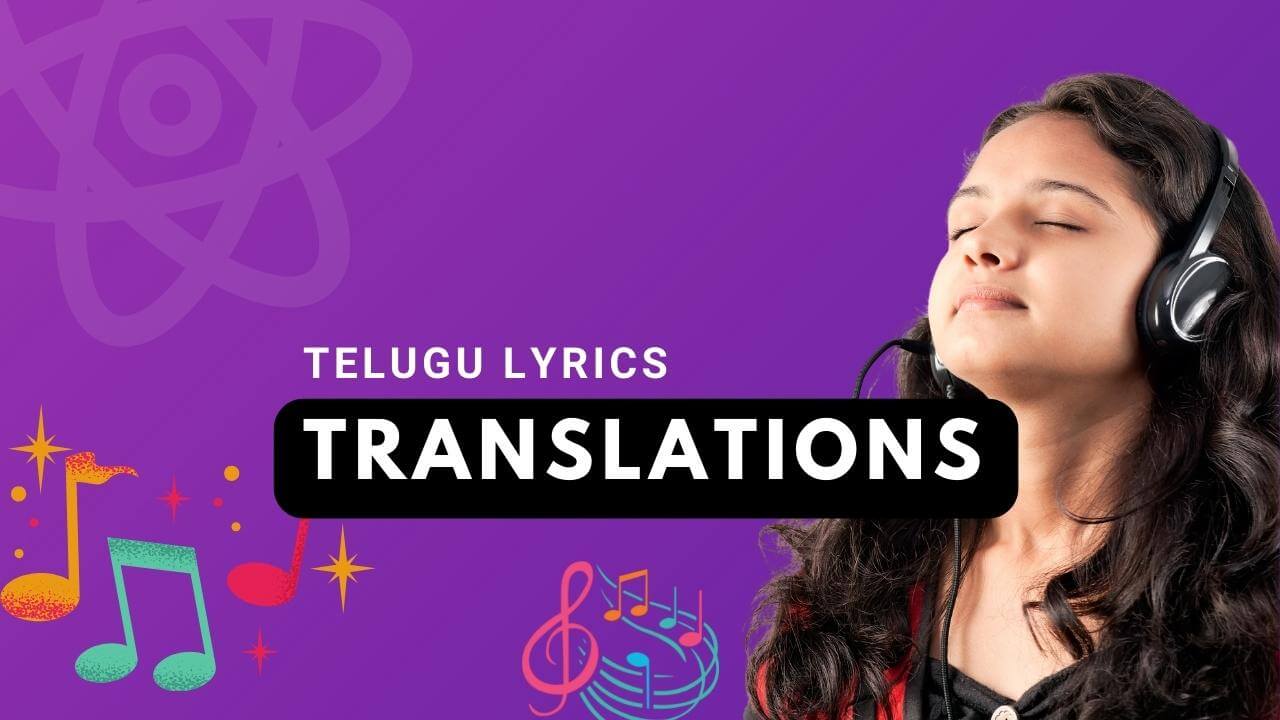 Telugu is one of those languages that are most closely related to the south Indian region’s traditional and historical roots. Because it is spoken by the majority of people throughout the country, the Telugu film industry is extremely widespread. Telugu movies were previously only recorded in a few areas of the state, but now, thanks to the massive popularity of the Tollywood film industry, the filmmaking industry has rapidly expanded.

The Telugu language has a distinct influence on Indian culture and the Indian box office. It began with prayers and religious hymns, followed by devotional songs, and finally Indian lyrical music. Telugu music is popular in almost every genre, and the Tollywood industry has produced songs in almost every genre.

Telugu folk songs are the most popular in every Indian state. S.P. Balasubrahmanyam is the best Telugu and Indian playback singer. A.R. Rahman, Mani Sharma, Devi Sri Prasad, Mickey J Meyer, Ramana Gogula, Ghantasala, and many others are among the artists who have contributed to the album. For the singers we’ve mentioned, modern songs have gone viral.