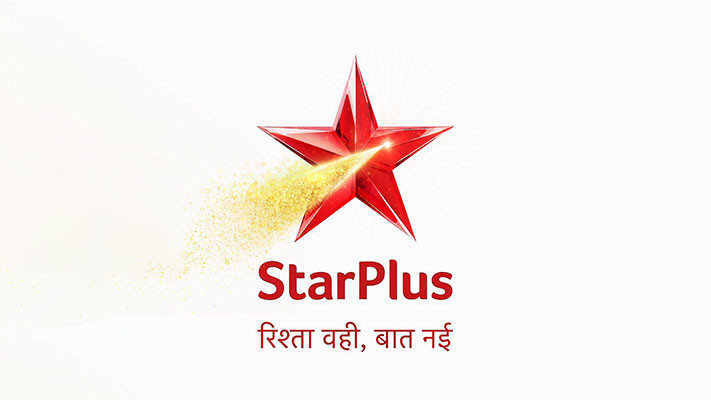 Star India, a wholly-owned subsidiary of The Walt Disney Company India, holds Star Plus. It is an Indian family entertainment television channel that broadcasts family dramas, comedies, young people reality shows, crime shows, and television films. Star Plus TV channels are well-known for their Hindi TV dramas (Natak), such as Yeh Rishta Kya Kehlata, Ishqbaaz, Mahabharat, and Pratigya. We, on telly updates, intended to cover all of Star Plus’s current and upcoming TV shows. You can also read the latest written updates on the best old and new TV shows.

Despite the numerous hurdles thrown her way, Anupama embarks on a new chapter in her life following her divorce. What awaits her next, with her head held high? Get written episode updates for the Star Plus Hindi channel's TV program Anupama.

Ghum Hai Kisikey Pyaar Mein is a television drama series in the Hindi language that debuted on Star Plus on October 5, 2020. Additionally, it is downloadable on Disney+ Hotstar. Aishwarya Sharma Bhatt, Neil Bhatt, and Ayesha Singh are the actors. It is a loose version of Star Jalsha's Kusum Dola and was made by Cockrow Entertainment and Shaika Films.

The first episode of the Indian Hindi-language television drama Imlie aired on StarPlus on November 16, 2020, and is now available to watch on Disney+ Hotstar and StarPlus. Sumbul Touqeer Khan, Fahmaan Khan, Mayuri Deshmukh, and Gashmeer Mahajani are the actors who appear in this movie, which Gul Khan produced under the banner of 4 Lions Films. It is a somewhat abridged version of the Bengali television series Ishti Kutum.

Pandya Store is an Indian television drama series aired on Star Plus on January 25, 2021. The show is shown in the Hindi language. Additionally, you may access it digitally on Disney+ and Hotstar. Kinshuk Mahajan, Shiny Doshi, Kanwar Dhillon, Alice Kaushik, Akshay Kharodia, Simran Budharup, and Mohit Parmar are some of the actors that appear in the film, which was produced under the name of Sphere Origins. It is based on the Tamil television series Pandian Stores that airs on Star Vijay. Would you want to know what the next twist at the Pandya Store is? We have everything under control in that regard. You will get written updates on the pandya store television program from us. The following is a list that we have compiled for you with the latest information on pandya store telly.

The first episode of the Indian television drama series Rajjo aired on StarPlus on the 22nd of August 2022, and it is now available to view online on Disney+ Hotstar. Bits N Bots Media is the production company behind the program, which features Celesti Bairagey, Rajveer Singh, and Gungun Uprari as the leads in their respective eponymous roles. It is an approved remake of Aalta Phoring, which was originally produced by Star Jalsha. Our goal is to offer you with written updates for the famous television show "Rajjo," which airs on the Star Plus television channel.

Yeh Hai Chahatein is an Indian television drama series that is broadcast in Hindi and is produced by Ekta Kapoor for Star Plus. The title literally translates to "This is wanted love." You may get the digital version on Disney+ Hotstar. The program, which is a spin-off of Yeh Hai Mohabbatein and launched on December 19, 2019, features the acting talents of Sargun Kaur Luthra and Abrar Qazi. You may read their written updates to see all of the most interesting and engaging episodes of the Yeh Hai Chahatein television drama.

What is this relationship called?, commonly known as YRKKH, is an Indian television series that currently airs on StarPlus and is also accessible online on Disney+ Hotstar. The show's title translates to "What is this relationship called?" It first aired on January 12, 2009, and as of 2019, it has completed a total of 3000 episodes, making it the longest-running soap opera on Indian television. Hina Khan, Karan Mehra, Shivangi Joshi, and Mohsin Khan were originally starring in the show, which Rajan Shahi produced under Director Kut Productions. Since October 2021, Pranali Rathod and Harshad Chopda have been playing the roles of the third generation on the show. We are delighted to share the written updates for the episodes of the television program Yeh Rishta Kya Kehlata Hai with you every day.

We routinely kept the list of current television programs shown on the Star Plus India television channel up to date. Additionally, we regularly disseminate written updates for each of the episodes.