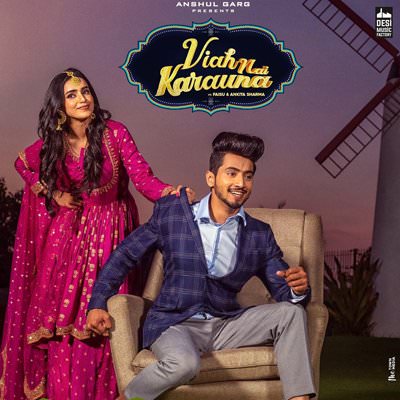 Ve Piche Layi Aan,
Bin Gallon Uljhaayi Aan,
You have made me fall in love with you.
You have put me in a complicated situation for no reason.

Na Tethon Matching Hundi,
Na Time Te Roti Khaawein,
You’re very careless, neither you wear matching clothes with me, nor you take your meals on right time.
Bharke Almaari Rakkhi,
Kapde Ohi Chaar Tu Paavein,
The wardrobe is full of clothes, but you still appear to repeat the same pair of certain outfits.

Padh Ke Sauni Aa Bure Haal Sajjna,
I have to study hard before I sleep and it’s a tough situation for me.
Tenu Main Uthavaan Kar Call Sajjna,
Still in the morning, I wake up before you and call to wake you up.

Mere Bina Tenu Koi Labni Nahi,
You will find no one like me.
Mere Jinna Rakhe Jo Khayal Sajna,
Who would care so much for you.
Kar Time Pass Hor Kise Naal,
You could pass your time with someone else if you aren’t serious about us.

Ho Mainu Saaf Saaf Das Ve,
Give me a clear answer,
Ni Taan Teri Meri Bas Ve,
Or it is over.
Je Viah Nahi Karauna Mere Naal,
If you are not going to marry me (x2).

Mix Singh In The House!,

Tere Koi Raas Ni Aauni,
Agg Taan Paani Kattu,
No one would suit you. Only water (I) can calm the fire (You) down.
Tere Jehe Mental De Naal,
Meri Jehi Sayani Kattu,
Because with a crazy one like you, Only a smart one like me can last.

Tere Ton Ni Rokna Pher Babbu Kise Ne,
Ik Waari Roka Karwa Le Sohneya,
And then no one would stop me from talking to you.
If you would get engaged with me first.

Fer Time Chaahe Le Layi Panj Saal,
Then I wouldn’t mind even if you require fives years of time to marry me.

Haan Mainu Saaf Saaf Das Ve,
Ni Taan Teri Meri Bas Ve,
Give me a clear answer or this is over between us.
Je Viah Nai Karauna Mere Naal,
If you don’t want to marry me.

Above is music video for ‘Viah Nahi Karauna Lyrics’ starring talented artists Mr. Faisu and Ankita Sharma while the leading vocals are lent by Preetinder. Babbu is writer of Punjabi lyrics and Mix Singh is the producer of its music. You may find the meaning of ‘VIAH NAI KARAUNA’ song words in English from above lyrics.