Let’s enjoy the written update for the newest chapter of the jolly serial Anandiba Aur Emily circulated on Tuesday, 6th September 2022. Emily to Unite Anandibaa, Kalandi is the label of the latest episode number S1 E56. 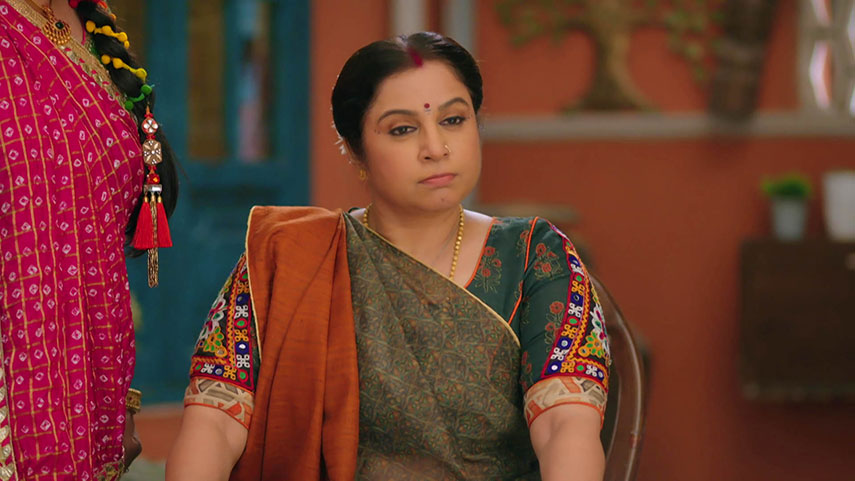 Emily comes to the conclusion that the best way to settle the disagreement between Kalindi and Anandibaa is for her to cook tomato soup for Anandibaa. Emily is led astray by Gunjan into believing that she should add wine to the soup.

The first scene of the episode takes place in the kitchen, where Anandibaa is seen making meals as Emily watches from a seat at the table. Emily gives Aarav a signal to inquire about anything with Anandibaa when he arrives there as well. He approaches his mother and begins a discussion by inquiring as to what she is doing before moving closer to her. She ridicules him and queries why he can’t see her cooking while she’s doing it.

After laughing at her response, he retreats farther. After that, he advises her not to prepare foods that are too spicy, to which she reacts with irritation and responds by asking whether he is aware that she never prepares foods that are too spicy. Aarav nods his head in agreement before turning away and walking out the door. Emily maintains her focus on the dialogue that is taking place between Aarav and Anandibaa.

She halts Aarav and tells him that he is responsible for doing the assignment. After that, he once again heads in the direction of Anandibaa and demands that she make tomato soup for Kalandi. He states that she wasn’t able to eat up to the time that she arrived at their home, and he asks his mother to show her a minimum of compassion for the situation. Emily goes there as well to persuade Anandibaa, and both Aarav and she inquire about the restaurant’s specialty tomato soup since Kalandi insists on having it and that Anandibaa consumes it regularly without skipping a single day.

Anandibaa has strong feelings and notifies them about the situation. She claims that I suffered from typhoid as a youngster while I lived in Kalandin. Anandibaa reveals in another part of the conversation that Kalandi was recommended by the physician to have tomato soup regularly, and Kalandi reveals that she used to prepare the soup for her sister. She claims that ever since that time, Kalandi has been a daily consumer of the soup.

Emily makes a plea to Anandibaa to make the same soup for Kalandi, but Anandibaa refuses to do so. Emily receives Anandibaa’s recipe, and she is asked to prepare the dish if she so desires before Anandibaa leaves the room. On the other hand, the latter decides to enlist Gunjan’s assistance. Emily is tricked by the kitten, who leads her astray and encourages her to add alcohol to the tomato soup while she is asking Gunjan about the process of creating tomato soup.

Jaman discovers the information and tries to explain it to Emily, but he is unsuccessful. Up ahead, Gunjan and Pinky are delighted with their plan, and they are heard boasting that Emily will soon be leaving their home. Emily assists Anandibaa and Kalandi with their meals as they celebrate their triumph by dancing together after it. During this time, Gunjan instigated Anandibaa against Emily by telling her that she had poured alcohol into her soul.

Anandibaa was outraged by this information and decided to take severe action against Emily. Gunjan gives a sneering look before informing Pinky about the situation. While Payal is trying to encourage Anandibaa to try Emily’s soup, both of the sisters grin maliciously. Emily tries her best to get Kalandi and Anandibaa to try the soup, but they both become enraged upon seeing one another and insist that they won’t eat it.

Anandibaa also agrees to have it, while Kalandi accepts and teases Anandibaa about it at the same time. In a state of intoxication, they both appreciate the soul and then empty their hearts by chatting about all how they are different from one another. In addition, Aarav learns about the situation, which causes him concern. Emily is the one who has the realization brought to her by him, but she is the one who has the conversation with God about the mistake she made.

He reassures her, and shortly afterward, Anandibaa and Kalandi get upset when discussing their relationship, at which point they apologize to one another. They were able to communicate their feelings for one another, and Aarav was very appreciative of Emily for doing so.

Precap: Aarav discusses his desire to visit America with Jaman. He recalls the day when he wed Emily and claims that it was his only childhood fantasy. He declares that she is a ticket from God for him to get to America. Gunjan, though, overhears their chat and devises a strategy to take them down. She claims that Emily would undoubtedly leave Aarav if she used him as leverage by pretending that he doesn’t love her and is just using her to get a visa. Gunjan explains to Pinky her strategy and predicts that Emily will soon leave the home, assuring her that nothing bad will come of it.