Check out the written update for the most recent chapter of the engaging show Anandibaa Aur Emily divulged on Thursday, 01 September 2022 on StarPlus. Aarav Exposes Chirag is the tag of the latest episode number S1 E52. 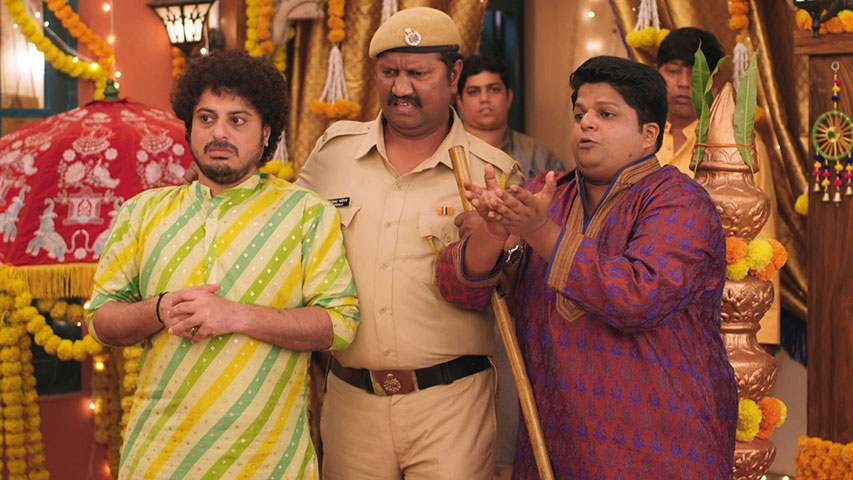 Aarav brings to light Chirag’s fraudulent practices and ultimately results in Chirag’s incarceration. After some time has passed, Chirag reveals that he is not the only one to blame and names the members of his group.

Aarav says at the beginning of the episode that he wants to see Chirag and Emily’s marriage since he was unable to attend the last one. The latter is startled and turns to gaze at Jhalpa, who is denying knowing about the engagement. After hearing her denial, Aarav and Emily get enthused, and Emily begins asking her why. Everyone is perplexed by Jhalpa’s actions, and Harsha becomes anxious as they worry that their plan may fail.

Chirag gestures to his wife to cease speaking, but she doesn’t comply. While Emily becomes closer to Chirag, Aarav again questions if their marriage would be legal. Aarav requests that the priest begin the marriage rites, but a moment later, Jhalpa yells and discloses their strategy. She reveals that Chirag is her spouse, and the two have been together for a very long time.

Everyone is startled to hear her declare that she won’t allow anyone else to marry him. While Inspector Sangeeta recognizes his voice, Chintan makes a sound as if he is afraid of being imprisoned. He attempts to cover his face to conceal himself as she approaches him. But Sangeeta immediately apprehends him after recognizing him.

She also asks him whether he planned to kidnap Emily in order to demand ransom money. They dispute this and reveal the payment they received for posing as Emily’s in-laws. Gunjan has anxiety in other places when she considers being exposed in front of everyone. She tells Anandibaa that she broke the news to her about the abduction and says that it’s possible that Chirag and his group are the only ones responsible.

Anandibaa concurs with her request and informs Sangeeta of it. In his defense, Chirag alleges that Harsh and Chintan are not members of his family and that someone from the home was paying them each day. Anandibaa makes fun of Chirag and threatens to use her name or the name of her daughter-in-law, Gunjan. Nobody believed their assertions.

Inspector Sangeeta has them detained, and Emily asks Anandibaa whether she may remarry Aarav. In response, the latter reprimands her and enters her room. Ahead, Gunjan expresses her worry about Anandibaa, and Aarav congratulates Jaman. In the latter, it is discussed how Aarav behaved in front of Emily.

Meanwhile, Emily arrives, and Aarav interrupts Jaman as he remarks on how creative his acting was. In order to express her thanks to Aarav, Emily enters her room. She acknowledges God and expresses gratitude for his assistance. She gives him an affirmative nod when he asks her to always have faith in him.

Meanwhile, Pinky is concerned about Gunjan being detained by Sangeeta and wonders what will happen if Chirag and his crew discover her plan. Inspector Sangeeta enters Sanghani’s home further and hands Gunjan’s key to her. Pinky inserts her hand into the shackles to prevent Gunjan from being detained as she attempts to protect her sister. Sangeeta leaves, but Pinky takes an album from Emily, and Gunjan discovers that she has been drinking.

As Emily’s condition deteriorates, Aarav offers her a herbal beverage made in a wine bottle. While Gunjan and Pinky see Emily drinking, the latter asks Pinky to take photographs of Emily so they may use them as evidence against her.