Let’s experience the written update for the different section of the riveting TV broadcast Anupama reported on Tuesday, 6th September 2022. Anupama in a Conundrum is the moniker of the ahead-of-the-game episode number S1 E675. 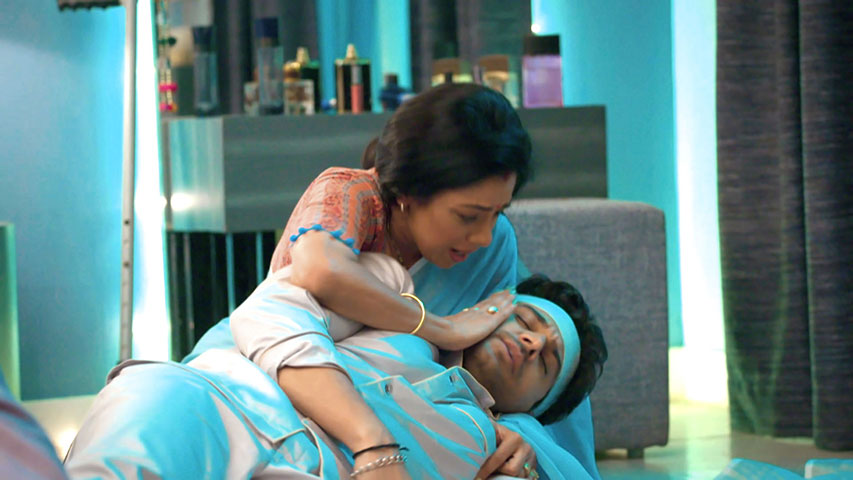 Anuj’s sudden tumble out of bed and subsequent trembling causes Anupama to have a moment of startlement. Although it has been recommended that Anuj get better treatment, Anupama is worried about Kinjal.

Anupama puts Anu to sleep in this episode. She becomes upset as she remembers Paritosh and Rakhi’s words. Leela claims that fear travels with pleasure. Vanraj and Anupama offer prayers to preserve joy. Paritosh stood crying.

Rakhi loved the infant and Kinjal. Anuj stumbles off the bed. For Anuj, Anupama is concerned. She makes a call to GK. When Anu awakes, she queries Anupama about what is happening to Anuj.

Run to see Anuj with GK, Ankush, Adhik, and Barkha. What happened to Anuj? Anu inquires of GK. GK talks to Anu. Anu prays for the healing of Anuj.

Dr. Adhik is contacted. Anupama is assured by the doctor that Anuj is alright. Anu and Anupama give God gratitude. Anupama queries the physician about Anuj.

Anupama’s body responds after brain surgery, the doctor informed her. He requests a family member to accompany Anuj since the nurse cannot manage him by herself. The doctor recommends that Kapadias watch out for Anuj to prevent a trip or fall. Barkha and Ankush remember Anuj falling from his wheelchair. Anupama was told not to worry since they would be there for them through their difficult moment.

Anupama tears up upon seeing Anuj as she muses on Kinjal’s infant. Adhik chose to transport Anuj’s medication. Samar and Pakhi adorn the home to welcome the newborn. Leela and Hasmuk join them. Pakhi mentions the cot that Rakhi brought.

Leela adds that the infant of Kinjal will also use the old crib she brought. Samar, Hasmuk, and Pakhi oppose Leela. She is referred to as outdated. Leela puts Samar and Pakhi to bed. Paritosh returned.

Anupama ponders the suggestion of the physicians not to leave Anuj alone. She worries when she considers Kinjal and her child. Anupama begs God to not put her to the test again. Paritosh, Pakhi, and Samar discuss how to raise the child. They are thrilled to receive the infant.

Paritosh is asked to sleep in a different room by Pakhi and Samar while they prepare the baby’s room. Samar queries Paritosh as to why Rakhi was acting strangely around him. Rakhi, according to Paritosh, was only angry because he was late. Anupama wants to be with Anuj, Kinjal, and Anu. She wants to savour each moment.

Anuj awakens. Anuj and Anupama spend time together. When Anuj notices the bruises, she wonders how they occurred. Anupama is left perplexed after learning that Anuj has partial memory loss. She prevents Ankush and Barkha from telling Anuj the truth.

Rakhi is asked by Kinjal whether she slept. Rakhi claims she was concerned for the infant. She considers outing Paritosh. Anuj will be forced to remember the past by Anupama. She displays Kinjal’s infant photo. Anuj can recall the infant. Anupama became joyful.