In a fit of rage, Anupama compels Paritosh to reveal the truth about the girl who left a voice mail. Because he does not express any regret for cheating Kinjal, she chastises him. 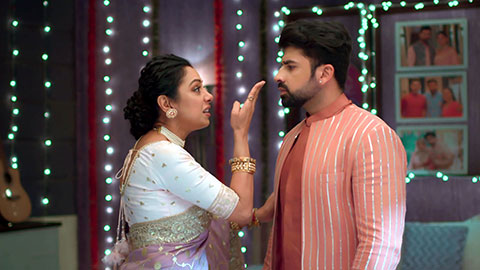 Let’s experience the written update for the sweet installment of the impressive serial Anupama propagated on Tuesday, 13th September 2022. Anupama Confronts Paritosh is the name of the just-released episode number S1 E681.

In today’s episode, Anupama stuns Paritosh by playing a voice message from another girl and shocking her. She claims Rakhi did not tell her, but she uncovered the information alone. Anupama warns Paritosh that she will beat him until he’s blue in the face if he does not confess the truth. Paritosh attempts to elaborate.

Anupama presses Paritosh for an explanation as to why the other girl is coming up to him. She said that even a killer is allowed to defend themselves. Anupama explains what mistake he made, which Rakhi is aware of, but she does not know what happened. Anuj believes Anupama was a little unsettled but ultimately went with Paritosh.

He decides to check upon Anupama. Anuj is detained by Vanraj, who then requests that he take a photo with Arya. Anupama presses Paritosh for an explanation. Paritosh tells Anupama that since Kinjal was pregnant, he wanted some time for himself, and, as a result, he began seeing another woman.

Anupama requests Paritosh to keep talking. Anupama is the one that Paritosh confides in about having sex with the other woman, while Kinjal was experiencing difficulties during her pregnancy. Anupama remembers Vanraj’s betrayal, and she stands there in shock. The Shahs and Vanraj, and Anuj take pleasure in the naming ceremony.

Anupama presses Paritosh to clarify what he meant when he said that the girl is not present in his life but exists. She loses her mind because of Paritosh. Paritosh cautions Anupama not to respond to the other girl since she is not his girlfriend. Leela investigates the whereabouts of Anupama and Paritosh.

Kavya checks up on the two of them. Rakhi brings Kavya to a halt and decides to check. She is concerned about what could develop in the relationship between Anupama and Paritosh. Rakhi confronted them.

Anupama tells Paritosh that it was his behavior that made her childhood become a topic of conversation. When Paritosh explained he did not create a relationship but went out to have his urge gratified, she was repulsed by his explanation. Anupama feels guilty for having Paritosh as a child. She explains to Paritosh that today, a woman rather than his mother would be the one to talk to.

The search for Anupama and Paritosh was difficult for Rakhi. Anupama inquires about Paritosh’s reaction to the possibility that Kinjal may go out and pursue the fulfillment of her wish. Rakhi thought back to the commitment she had made to Anupama. Her feelings start to demonstrate.

Anupama tells Paritosh that he prevailed over Vanraj in the plot to betray Kinjal. When Paritosh acts in a manner that is not contrite, it disgusts her. According to Anupama, it is not complicated for men to deceive their spouses. She gives Paritosh a piece of her mind for betraying Kinjal and disregarding her love for him.

Anupama disowns Paritosh. Because what has been done cannot be undone, Paritosh requests Anupama to quit making him feel bad about it. He claims that his feelings for Kinjal and the baby have not changed. Paritosh presses Anupama to comprehend that male and female wants are opposed in every respect.