Check the written update for the today’s chapter of the magnificent television broadcast Bahut Pyar Karte Hain released on Friday, 29 July 2022 on Star Bharat. Ritesh’s Reputation at Stake is the moniker of the most recently published episode number S1 E17. 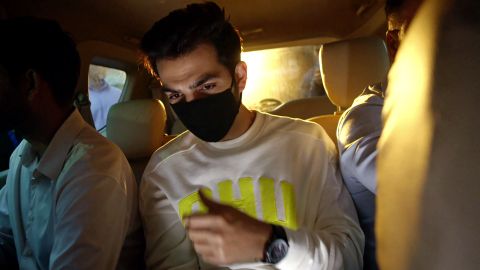 Ritesh is apprehended by the drug squad, and the incident makes the news. Zoon hears the news and is concerned for Ritesh, whose blood test results are positive.

The kids begin the episode by playing in front of Zoon’s house. Zoon has a lot of fun playing the game. Nikhil enters the fray. Zoon has stated that he is leaving. Nikhil becomes enraged and informs Ritesh that he is a cheater and a nasty lad who will go to jail.

Zoon’s eyes well up with tears. Pankaj calls and learns that the BPKH 2 shows have been canceled. Rahul approaches the lawyer and requests action. Ritesh inquires as to whether Mom is aware of this. Kaamna claims to be in my room, but she may not be.

The narcotics officer arrives and informs Ritesh that they have doubts about his drug use after viewing his footage. Pankaj and Kaamna make an attempt to stop them. Ritesh discovers the warrant. Sameer looks at Ritesh and says, “This can’t be true. He can’t do that.” Vivaan claims that our brother is incapable of doing so. Ritesh tells Pankaj not to worry because he has done nothing wrong and hence has no reason to be concerned. He requests that Pankaj bring a lawyer. He travels with the drug officer. Sameer observes.

The reporter inquires whether the crime against him will be proven; stay tuned to find out. The media photographs Ritesh as he is led away by the narcotics squad. They ask if you use drugs. Ritesh dismisses them. Payal informs Indu that Ritesh has been arrested and taken from his home by the police.

Indu claims that he thought he was a genuine guy and that Zoon would not watch this video. Ritesh is a good boy, according to Zoon. The reporters barraged him with questions. He sits in the car while wearing the mask. Anjali asks Zoon whether they should go out for ice cream.

No, says Zoon. Anjali inquires if she would want carrot cake. No, says Zoon. What should Anjali do? Ritesh, according to Zoon, is a good boy.

Anjali suggests that we construct a paper microphone so that everyone knows that Ritesh is a wonderful guy. OK, says Zoon. Indu inquires about Zoon. Anjali claims she’s OK and that I’ll handle her. She instructs her to watch the video to create the microphone until she arrives with the paper.

The reporter mulls over how to inform them that I was denied admittance. The staff requests that the reporter skip that interview since Patel Madam does not want Ritesh’s interview right now. The reporter thinks to himself, “Thank God, I’m rescued. ” Sushil visits Indu. Indu inquires if he has arrived to register his bike.

He responds yes and asks what makes you think Ritesh Malhotra took the medicine. She inquires as to why the customer’s signatures are absent. The waiter who forced Ritesh to drink the tainted wine arrives and urges Sushil to bribe the police and complete the work. Indu hears and wonders, “Who is he? ” She inquires as to whether he is an agent.

He responds with a nod. She claims that only agents are permitted. Sushil dismisses him and apologises to Indu. He says he wants the car as soon as possible and that he will acquire his licence. He leaves.

Pankaj becomes enraged. Kaamna intervenes. Sameer apologises. Kaamna is asked to accompany Pankaj. Pankaj claims that his lawyer advised him not to bring any family members since the situation could worsen.

Ritesh and Dolly beg God to clear Ritesh of all allegations. Ritesh’s mother is exiting the building in a wheelchair. Pankaj turns off the television. Dolly claims to be a mother who has detected that her son is in danger. Kaamna sits down and promises her mother that Ritesh will be fine.

Pankaj requests that the servant accompany Bhabhi to her chamber. Anjali hands Zoon a paper microphone and instructs her to tell everyone that he is a good boy. Zoon approaches Rajendra and requests that he take her to Ritesh’s house. Rajendra is on the phone. She approaches Sunita, who is sleeping.

Rahul informs Pankaj that he has been drug tested and the findings were negative. Pankaj predicts that Ritesh’s results will be poor as well. Everyone is hopeful. Sameer grins. Someone approaches Rahul and informs him that Ritesh’s test resulted in a positive result, indicating that he has narcotics in his blood.

Rahul is taken aback. Deep claims that this will not make it to the media. When Pankaj says when we will stop covering this story. Sameer claims that this is my attack. Vivek approaches Indu and becomes enraged with someone.

Indu requests that he drink water and inquires as to the plan. I’d like to drink tea, according to Vivek. Of course, replies Indu. According to Vivek, Ritesh has used narcotics and appears to have played a major role. Indu inquires if anyone else is playing with him.

She claims she is only concerned about her daughter, Zoon. Zoon is strolling down the street toward Ritesh.