Let’s enjoy the written update for the freshly released story of the captivating TV serial Bahut Pyar Karte Hain released on Saturday, 16 July 2022 on Star Bharat. Indu Gets Worried is the headline of the recent episode number S1 E9. 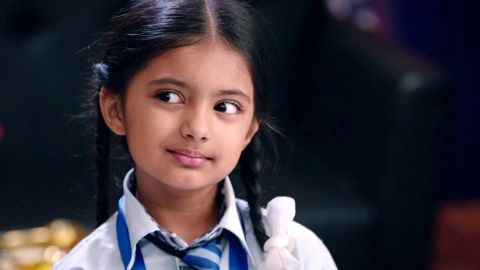 Ritesh is depressed and hesitant to address his mother because of his prior error. Later, Indu becomes concerned when she is unable to locate Zoon in a multiplex theatre.

The episode begins with Indu noticing Vijay while searching for Zoon and saying, “We’ll ask Vijay. ” Anjali inquires about Vijay. Indu requests that Anjali not interrogate her. They enter and see Zoon and Raghav. Zoon asks Raghav when Ritesh will arrive.

Raghav said 5 minutes. Zoon interrogates Anjali and invites Indu to try the chilly drink. Indu inquires, “How did you get here? ” She claims she was dumped off here by someone’s mother. Ritesh, she says.

Indu remarks that you always use his name and inquires as to what has happened to you. Zoon expresses a desire to meet Ritesh. Indu says you’re coming home with me. Raghav claims she is a big fan of Ritesh and asks to meet him. Anjali is also adamant.

Indu says okay and instructs Anjali to return home and inform everyone that Zoon has been located. Indu explains that if Ritesh does not arrive shortly, the meeting will be cancelled. Zoon has stated that she will meet with him. Indu requests medicine and takes her water bottle. She says she’ll get you some water.

Zoon requests that she ask Raghav to bring her something. Raghav is preoccupied. Indu says I’ll get it on my own. She walks away. Raghav and his colleagues proceed to greet Ritesh, who has just arrived.

Zoon considers applying tika to his cut out. Ritesh smiles as he looks at Indu, who is far away. He smiles as he imagines himself with her. Bohot pyaar karte hai. .. . . He shakes Rahul’s hand, imagining Indu. Rahul says, “What are you doing?” and invites you to accompany him. Zoon climbs the escalator to the second floor. Ritesh is surrounded by admirers. Indu notices Zoon and requests that she be allowed to move to the front because her daughter is present. According to the lady, we have also come to meet Ritesh.

Zoon attempts to reach the cut out in order to apply tika. Indu notices her and makes futile attempts to stop her. Indu takes the table and stands on it to give him tika. “Zoon, come down,” says Indu. Zoon is having difficulty applying tika.

When she sees Ritesh approaching, she shakes her hand at him. Indu collapses as a result of the mob shoving her. Rahul inquires, “What is it, signing at Zoon? ” Someone suggests that you save that girl. Ritesh looks over at Zoon.

Zoon stumbles and falls. Ritesh rushes over to her aid. He is holding her. People applaud his bravery and refer to him as a true hero. Ritesh inquires about Zoon’s well-being.

Zoon opens his eyes to see him, smiles, and hugs him. Indu stands up and inquires if anyone has seen my daughter. According to a lady, the girl fell, but our hero saved her. Indu gives her a look. Zoon questions Ritesh about his identity.

Yes, he says. She describes me as your prettiest and youngest fan. He remembers asking the little baby whether she wanted to be his cutest, youngest, and most beautiful fan. He inquires, “Have we met before? ” She claims that you appear in her dreams on a daily basis.

He inquires as to why you went there. She claims she was attempting to use tika on him. Ritesh advises you should not do it again since it is dangerous. She claims that nothing bad can happen to her because God has sent you to her. She asks if he will do something for her and if he will look for Papa.

He is taken aback and wonders who she has arrived with. Zoon responds, “With my moj. ” He inquires about his mother? Zoon searches for Indu. Ritesh regards his mother as irresponsible.

Vijay arrives and informs them that the girl visits their theatre and is a great fan of his. Zoon requests a selfie but says she doesn’t have a phone. He promises that we will meet again. Rahul invites Ritesh to join him, or else Minister Sir will depart. Indu cries and requests the security guards to allow her to go to her daughter.

Vijay begs them to let her in. Indu rushes over to Zoon and embraces her. She inquires as to your well-being. Zoon says she’s well, and Ritesh has saved me in heroic fashion. Indu declares she’s had enough of Ritesh and invites her out.

Zoon expresses a desire to take a selfie with Ritesh. Indu says you fell from a great height and that we will return home. Zoon requests a selfie. No, says Indu. Zoon notices Ritesh leaving.

Ritesh tosses a garland, which lands on Indu. Rahul and Ritesh are driving. Rahul claims that we will not visit places with poor security. Ritesh claims that the girl was unable to walk properly and that her mother abandoned her. He claims that if she approaches me, she will be embarrassed to call herself a mother.

Why are you unhappy that Rahul says she was not your wife? Ritesh believes I should be a bachelor for the rest of my life. Rahul informs him that we have another theatre visit and that he should not be tired. He claims that Kaamna di is in charge of the party today. Ritesh compliments her for keeping the family together and says she is Chachu’s second wife, but she is like my sister.

Kaamna di is depicted. Servants explain to her the names of the food items, and she stammers. She apologises. Kaamna says it’s fine. She inquires as to who brought these flowers here.

Yogesh, the Servant, says the Decorator. Kaamna selects a vase and throws it near him. The man collapses. She inquires if your father gave you money to purchase lilies. Yogesh apologises.