Enjoy the written update for the original sequence of the riveting telecast Bohot Pyaar Karte Hai telecasted on Thursday, 25 August 2022 on Star Bharat. Ritesh’s Shocking Behaviour is the moniker of the most recently released episode number S1 E40. 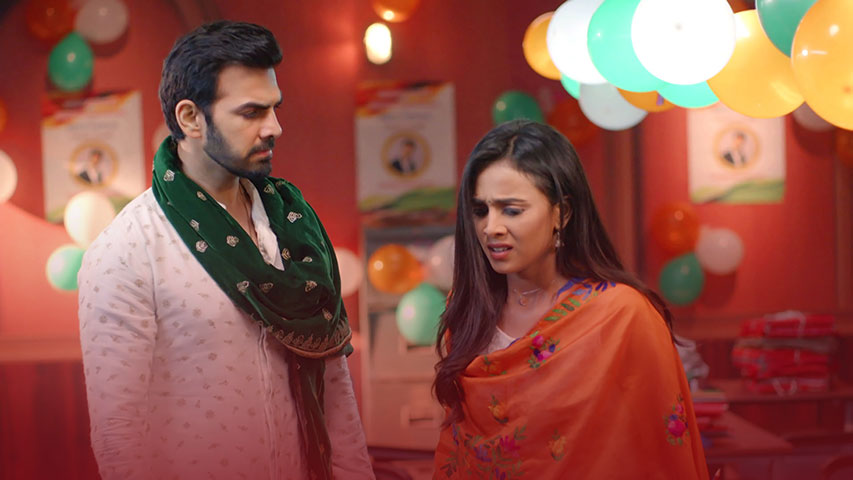 Ritesh acts inappropriately with Indu after coming at the ceremony to raise the flag. After witnessing Ritesh and Zoon’s intimacy, an emotional Indu had a nervous breakdown.

At the beginning of the episode, Ritesh carries Zoon along. Indu goes to Ritesh and inquires about his well-being. Ritesh assures her that he is alright and that his delay is all that it is. Then he goes to the Rainas and asks whether he may hang out with Zoon.

Sunita concurs. Ritesh travels with Zoon. Indu keeps an anxious eye on them. Zoon questions him about taking her into Indu’s office when they are both inside the workspace space.

Ritesh says nothing. He is asked by Zoon if he is sobbing. Says Ritesh, “No. ” Ritesh’s face has a tear, as seen by Zoon.

She takes his glasses off, revealing his sobbing face. When Zoon asked him why he was sobbing, he likewise answered her inquiry by lying. She also claims that decent males are honest. Ritesh cries and laughs after hearing Zoon’s comments.

He is questioned by Zoon as to why he is sobbing. Ritesh assures her that it is unimportant. He is told by Zoon that if he informs her, she would inform Gannu bhaiya about his issue, who will handle everything and put a big grin on his face. Ritesh queries who he is.

Zoon claims that her mother informed her that the person was actually her brother and that she could discuss any issues with him and that he would assist her in any way. She continues by saying that sometimes results can be a bit delayed, much like how her leg hasn’t fully recovered and she can’t yet run about or dance joyfully. She is asked by Ritesh if she wants her leg to heal. Yes, Zoon nods.

Ritesh proposes that they both ask Gannu Bhaiya to quickly heal her leg so that she can solely accomplish her goals. Zoon agrees but thinks to herself that Gannu Bhaiya should first take care of Ritesh’s issues before treating her leg. Ritesh warns Zoon that her mother will become enraged and grab her into his arms as soon as they leave. He no longer sees Indu.

Indu requests that Zoon go visit Vivek, who is waiting outside for her to show him something. As requested, Zoon departs the area. Ritesh makes the decision to go, but Indu stops him and tells him that she will bring him cookies in addition to the drink. Ritesh picks up the tray and flings it on the ground.

Indu is startled and queries what he is doing. Ritesh has a very tight grip on Indu. He is harming her, Indu informs him. She is asked by Ritesh to quit treating him well and appearing as though he is unhappy when he is not.

Indu says she brought the drink for him because she thought he could be unhappy or feeling low. She continues by saying that she is here to thank everyone for coming to the occasion. She is informed by Ritesh that he has come not for her but for Zoon. Then he starts calling her names.

Indu suffers harm. She is cautioned by Ritesh to keep away from him before he departs. Ritesh’s treatment of Indu astounds and hurts her. Later, Vivek visits the Rainas’ home to deliver prasad while Asha is teaching arithmetic to Zoon.

Zoon assures Vivek that everyone will be joyful after eating this prasad. In order to avoid eating the prasad, Zoon asks the woman if she means that Ritesh will also feel joyful shortly after eating it. Yes, says Asha. Ritesh prasad informs them that she would want to serve Ritesh prasad first.

Indu arrives and inquires about the conversation taking place there. Ritesh sobs while holding Shakuntala’s hand at the hospital. When Zoon set him free from his guilt and he decided to spend time with her, she was in the hospital. Thus, he claims that his fate is truly amazing because for all these years he had avoided her out of guilt.

He continues by saying how much he misses both her and his father. Additionally, he says that he doesn’t want to lose her and begs her to get up. He continues by saying that despite being surrounded by their family members, he always feels alone. He constantly carried out the duties of actor Ritesh Malhotra, yet he cried and failed as a son.

Then he remembers a day when he was a kid and tried to sneak out of school by pretending to sleep, but Shakuntala whispered in his ear who was her favourite, and he screamed and woke up. He approaches Shakuntala’s ear and repeatedly asks who is his favourite before pleading with her to wake up and sobbing. When Rahul enters the hospital room, he instructs Ritesh to go and get ready since he will be caring for Shakuntala in the meantime. Until his mother is well, Ritesh won’t go.

Indu informs Zoon that if she prefers, they may deliver the prasad to Ritesh at his home. Zoon chooses to go with Asha to get dressed after feeling joyful. Who does Zoon love more—her mother or Ritesh? Indu stops Zoon and asks.

Vivek and Asha are startled and perplexed. Indu goes on to ask Zoon whether she will offer her prasad if she is depressed. Zoon responds “yes” and offers Indu the prasad in her palm. Indu gives Zoon a bear hug and declares her love for her.

Additionally, Zoon declares her love for her before getting dressed. Vivek queries Indu about the situation. According to Indu, it is a mother’s insecurity. She sobs when she informs him later.

She loves Zoon so much, and Zoon loves Ritesh so much. She worries that Zoon could love Ritesh a little bit more than she does, in which case she won’t put Ritesh first and her mothering abilities may suffer. Indu is told by Vivek that even if she didn’t give birth to Zoon, she had still proven herself to be a fantastic mother and is urged to never question herself. Indu informs Vivek that she only has Zoon and that she must avoid missing her.

To not be Zoon’s mother would be worse for her than death. Indu and Zoon eventually make it to Ritesh’s home. Indu learns about Ritesh’s mother’s accident and his hospitalisation from the receptionist. He replies that he doesn’t know the name of the hospital, but she may ask Kaamna about it.

Indu concurs. Zoon announces that she has to use the restroom. Indu chastises her. The security says Zoon will take her to the bathroom.

Precap: If Zoon tells anybody what she heard, Kaamna threatens to imprison her in a dark place. Later, when Zoon’s health deteriorated, Indu and the Rainas were concerned. Indu claims that she is aware that Kaamna is responsible for this and that, should something go wrong, she won’t be spared.