Let’s enjoy the written update for the recent webisode of the savory show Bohot Pyaar Karte Hai aired on Saturday, 27 August 2022 on Star Bharat. Ritesh Learns the Truth is the designation of the original episode number S1 E42. 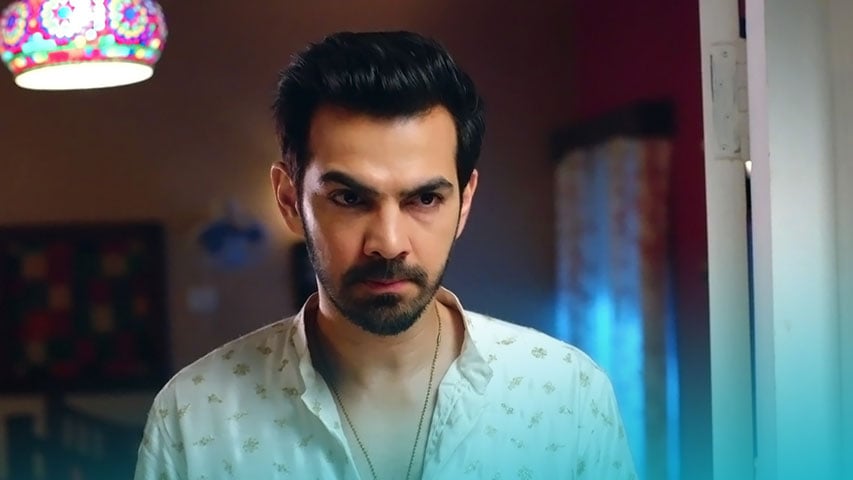 After discovering the reason behind Kamna’s despicable behaviour toward Zoon, Ritesh becomes furious. Later, he snaps at Pankaj and Kamna.

Ritesh storms into his room to begin the episode. He reflects on the compliments Kaamna gave him, the deception she told him about, Zoon’s admission, and his actions. Ritesh is urged to curb his rage by Dolly. Ritesh wonders how he could have kept it under control.

He is unable to forgive Kaamna and Pankaj. He gave her the duty of caring for his mother, which she failed to do. In an effort to protect Pankaj, she also threatened Zoon. They need to witness Zoon’s state before they can comprehend what Kaamna did to that child.

Once they see, they will understand why he left the scene after claiming he had never felt so powerless. Dolly and Deep hopelessly stare at one another. Sameer tells Pankaj that both of his sons are with him and that he should not worry about anything. Ritesh, according to Vivaan, exceeded all boundaries.

Sameer claims he will kill Ritesh. When Kaamna arrives, she refuses. She is asked by Sameer not to interfere with his plans for Ritesh. Kaamna claims to have seen it all, and while Pankaj is the love of her life and the source of her pride, what Ritesh did to him was wrong.

She’s going to discipline Ritesh. However, she will first give Indu and Zoon a lesson. She then requests assistance from Vivaan and Pankaj Sameer. They all hold hands in unison.

The following morning, Dolly teases Kaamna and tells her not to speak ill of her because Ritesh has now selected her to handle everything before leaving with Ritesh’s breakfast. Kaamna observes furiously. Sunita and Rajender confront Indu at Raina’s house about Zoon’s health. Rajender queries Indu on whether she will be attending work today.

Indu reveals that she has taken a leave of absence from work and that she will be bringing Zoon to the hospital. Rajender requests that Indu provide water to Zoon because her condition has improved. Indu concurs. When that happens, Satish calls her.

She becomes agitated and tells her parents that the call is from the office while placing it on silent. She gets a call from Satish once again, asks Asha to feed Zoon, and then she leaves the area. Satish calls Indu back and inquires if she has secured the funding. Indu declines and begs him for more time, explaining that her daughter’s health isn’t great.

When she tries to reason with Satish, he interrupts the call and tells her to repay the money at 6 o’clock. However, Indu starts to worry about how she will manage this circumstance. After that, she turns around and is startled to find Vivek. Vivek queries.

Who is she on the phone with? Indu chooses to enter her workplace after telling him it was a call from there. She is informed by Vivek that he overheard her discussing money. Indu halts and attempts to control the tears that are welling up in her eyes.

Deep inside Malhotra’s residence, Ritesh and Dolly are in the dining room. Ritesh seems dejected. Dolly has deep signs. Dolly giggles as she recalls how one of her friends forbade her from having a snack because she wanted to meet Ritesh in person.

Ritesh declines her request for breakfast and claims he is not hungry. Dolly hands him a dish of dry fruit and requests that he eat at least this. Riteish declines. Ritesh never eats dry fruits without his favourite, says Kaamna as she adds additional dry fruits to the dish.

Ritesh assures Dolly that he will have badam here after taking a badam in his palm. Additionally, he informs her that she is not required to heed anyone else’s preferences. When he finally makes the decision to depart, Kaamna stops him and begs him to speak to her. While hiding, Sameer arrives and observes Kaamna’s conversation with Ritesh.

He becomes angry that she is appealing to him in this way even after Ritesh mistreated her. Ritesh urges Kaamna to leave his path, but she refuses and tells him that she knows she messed up. Instead, she begs him to keep her in his life, saying that while he can yell at her or even slap her if he wants to, his silence is killing her. Ritesh tells Kaamna to leave him alone and doesn’t give up.

According to Kaamna, family conflicts will arise from time to time and must be resolved via communication rather than in the way he is treating them. Ritesh is everything to Kaamna, and if she isn’t in his life, he has nothing to want. She then departs the location. After being startled, Ritesh pursues her.

Kaamna smirks outside her chamber, indicating that this is what she wants, then enters and locks her room. When Ritesh Deep and Dolly arrive, Kaamna is asked to open the door. Inside the room, Kaamna smirks, declares that she wants everyone to see how helpless she is, causing Ritesh to worry about her as well, raising her degree of happiness, and smiles while holding a handkerchief. When Ritesh becomes concerned, he asks the household staff to fetch a spare key for Kaamna’s room, but Dolly advises Kaamna to keep the key on her person.

Ritesh must work even harder and care about Kaamna a little bit more than this, according to Kaamna, who claims that she spent a lot of time and effort capturing him in her cage and won’t let it go easily. Sameer informs Vivaan about Kaamna’s conversation with Ritesh. He is told by Vivaan that Kaamna is wiser than this. Ritesh makes the choice to slam the door.

He bursts the door with Deep’s assistance and is horrified to discover Kaamna hanging there. She is saved by Ritesh and Deep together. Ritesh yells at her and gives her a hug. Kaamna grinned cheerfully.

Ritesh departs the location after she sends him on his way, telling him to respond to Rahul’s call, which must be crucial. Deep and Dolly are told by Kaamna that the show has ended and they can go at this time. Although they are both stunned, they quietly leave the area. Kaamna smiles to herself as she tells herself that Ritesh is a reliable dog, which has been shown again.

Precap: Kaamna is scolded by Sameer after he snaps at her. Kaamna slaps him and cautions him. Ritesh, on the other hand, goes to see Zoon and inquires about her current state of health. Yes, Zoon nods. They hear the doorbell, and when it is opened, everyone is astonished to discover Kaamna standing at the doorstep with a gift package. Ritesh notices Zoon and observes him anxiously.