Check out the written update for the most recently released episode of the gratifying TV series Bohot Pyaar Karte Hai aired on Tuesday, 30 August 2022 on Star Bharat. Kamna’s Villainous Move is the designation of the revolutionary episode number S1 E45. 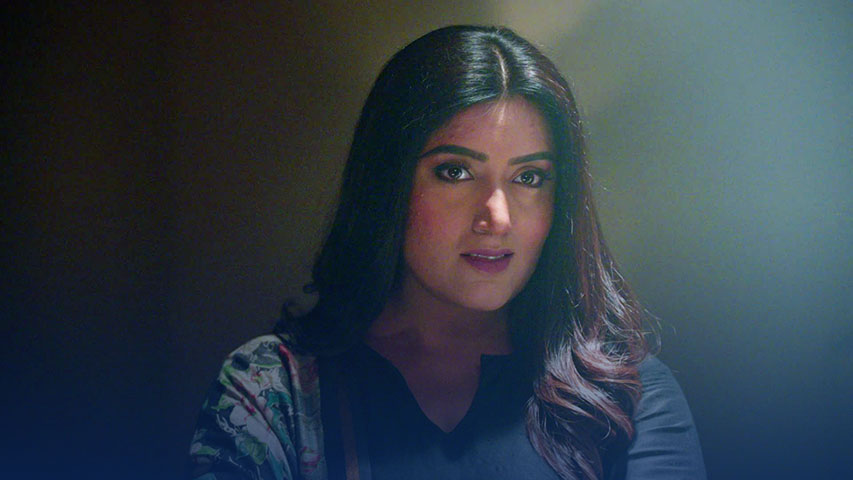 Kamna uses Satish to stir up issues while taking advantage of Indu’s financial situation. When Zoon travels to Lonavala with Ritesh and Indu, she is overjoyed.

Indu and Zoon Ritesh enters the hospital at the beginning of the episode. Zoon requests to be carried in their arms after stating that she can no longer walk. Ritesh catches her in his arms before Indu has a chance. A woman who is watching this tells Zoon that her father is great and that he loves her a lot.

Ritesh is asked by Zoon whether he is her father. Ritesh loses his ability to speak. Indu informs the woman that Ritesh is not Zoon’s father. The woman apologises before leaving the area.

Ritesh engages Zoon in play while taking her temperature in the doctor’s cabin. Zoon’s doctor informs her that her fever is now under control. When they hear it, Zoon and Ritesh-Indu are pleased. Zoon is ordered by the doctor to leave the room and play on the playground.

Zoon is taken by a nurse. If everything is well with Zoon, why send her out, and is there anything Indu should be concerned about? , the doctor asks Indu. In front of Ritesh, the doctor is hesitant to provide details about Zoon’s condition.

She can tell, Ritesh assured the doctor. Because Ritesh is her buddy, Indu requests the doctor to let her say anything she wants in front of him. Indu turns her head away as Ritesh glances at her. Zoon is too young to confront such a peril, the doctor warns, so they must keep her away from everything or it will negatively affect her life.

While this is happening, Zoon is startled to find Nikhil in the play area. She informs him that Ritesh and Indu are also there. She is asked by Nikhil whether she is with her future father. Zoon becomes irritated and threatens Nikhil that she won’t speak to him if he continues to act this way.

She gets apologised to by Nikhil. He is questioned by Zoon as to why he is speaking in this manner. Nikhil informs Zoon that a father is someone who purchases gifts for his kids and remains with them. Additionally, he says that the father will grant all of his children’s desires.

Mothers are almost always opposed to the concept, but fathers will still carry it through, which may even cause a conflict between the parents. He also claims that his father would take care of things while his mother was not around. Then he asks Zoon whether Ritesh has done anything about it. Zoon informs him that Ritesh has only ever given her a phone as a present, and even then, Indu gave it back.

She then feels depressed as she thinks back on Nikhil’s remarks on how important a father’s role is in every child’s life. Kaamna belittles a household employee and orders her to set the table with meals. The latter agrees and then adjourns the scene. Dolly is seen by Kaamna.

She calls her, tells her she’s right—the one who has Ritesh’s backing can control this home—and threatens to hurl water at her if she doesn’t respect her boundaries. She has worked hard to get this position, which she will never relinquish. Dolly gives Kaamna a stern look but walks away silently. Sameer arrives there with information pertaining to Indu.

He hands Kaamna the dossier and informs her about Indu’s family as well as the loans she has taken out from both banks and money lenders. Sameer informs Kaamna that she wants to see Satish right away after learning that he is the money lender. On the other hand, Ritesh Indu and Zoon are driving. They are welcome to go out for lunch, according to Ritesh.

Indu disagrees, claiming that although Zoon has healed, eating outside food can have a negative impact on her health once again. Zoon informs Indu that she would like to eat outdoors. After she becomes unwell, Ritesh promises Zoon that she will get a chance to breathe some fresh air since it is the correct thing to do. Indu explains that she must do a vital job.

However, Ritesh inquires as to what she values more than her daughter. Indu is persuaded by Zoon once again, and she gets what she wants. The second party on the phone is Satish, who speaks about how he helps people by giving them money but would never allow them to trick him in any way. When someone approaches him, they inquire as to his identity.

Yes, says Satish. Here, Ritesh informs Zoon that he is also off, so they may have lunch in Lonavala. Indu objects to the plan, claiming the journey time is excessive, but Zoon remembers Nikhil’s remarks and is adamant about going to Lonavala. Indu concurs.

She also believes that in order to see Satish, she has to go back home. Satish wonders who they are and where he is before attempting to escape but is stopped by Sameer. When Kaamna arrives, she smirks at Satish. Rajender receives a reprimand from Sunita for entering the kitchen when the bandage was still on his hand, and she chooses to assist him there.

As she prepares, Rajender begs her to follow her plan despite her refusal. Rajender is told by Sunita that Ritesh is bringing Indu and Zoon to Lonavala for lunch. Rajender is then urged not to overwork himself before the woman departs the building. Ritesh and Indu Zoon arrive at the hotel.

Zoon asks Ritesh if he is covering his face. Ritesh explains that he wants to spend time with her. All three of them enter the building. If they want to have lunch outdoors or in a family area, the worker inquires.

He tells the family area, Zoon, to They feel at ease outdoors when Indu responds negatively. When Ritesh sees Zoon furious, he informs the employee they will occupy the family area chairs. Zoon is ecstatic. Indu thinks back to Satish’s warning and concerns about how to pay back the loan.

The quarrel between Ritesh and Indu about Ritesh’s excessive food orders that could go to waste follows. Invoking Nikhil’s comments, Zoon finds the debate entertaining. Indu excuses herself and walks outside to accept a call from Satish. Ritesh assists Zoon in removing the stain from her clothing.

Zoon believes that Ritesh is her father since he carried out all of the actions that Nikhil said a father would do. She beams brightly. Indu is shocked when Satish requests that she return the three lakhs today. Satish hears Indu’s pleading but ends the call.

She phones Payal and inquires about the process for withdrawing PF funds. Ritesh looks at where he is. With a worried expression on her face, Indu is debating with someone on the line. Kaama smirks at Sameer while instructing Satish that he has one more task to do for them.