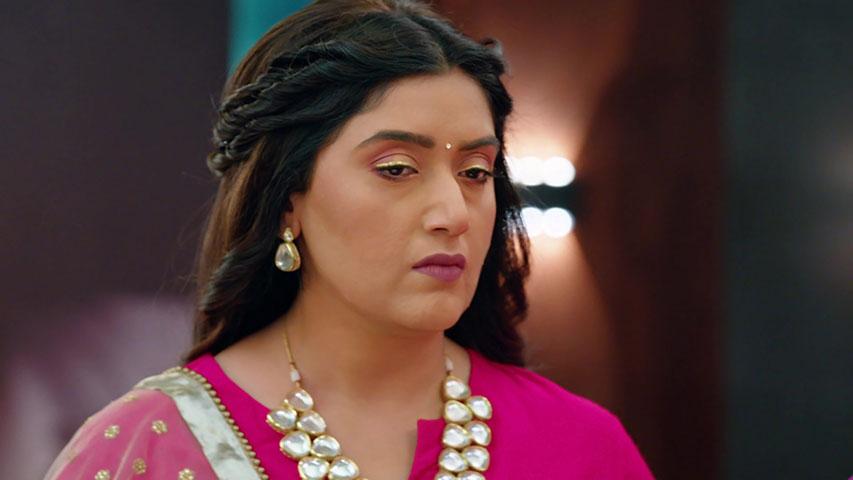 Indu knocks on Ritesh’s door at the beginning of the episode, and when she doesn’t hear back, she goes inside. Ritesh requests to go and exits naked since no one is willing to listen to him. When Indu feels uneasy, she turns around. Ritesh wraps himself in a towel and tells Indu she is free to tell him anything at this point. Indu asks him what the issue is with the clothing she gave him that he won’t put on.

Ritesh doesn’t say anything, but he refuses to wear a dhoti. Instead, he would like to wear pyjamas or jeans. If he performs a part that demands he wear a dhoti, Indu challenges him about his refusal to wear it during the filming. Ritesh reminds her that even though he is Ritesh Malhotra, he is not acting in this situation and is free to dress however he pleases. Indu advises him to exclusively dress in traditional clothing, but Ritesh is certain that no one can persuade him otherwise.

Indu threatens him by threatening to inform Zoon if he continues to ignore her. Ritesh requests that she inform Zoon that he has no fear of anybody. Indu yells out to Zoon and makes a move to exit the room, but Ritesh stops her and advises her not to include Zoon in this since they can both handle it on their own. Indu nods and tells him she anticipates his response. She then promises to deliver the clothing to him.

On the other hand, Kaamna examines the modak into which she had put poison before joking that she could not wait to see Shakuntala’s demise during puja after eating the modak and that Ritesh’s admirers and those close to him won’t spare him at any cost. Ritesh receives clothing from Indu. Ritesh talks about the horrifying experience he had when his dhoti came undone in front of everyone when he was wearing it during a shoot. Indu chuckles and tells him that nothing of the sort would occur since she is here to support him and will see to it. She then begins assisting Ritesh with donning the dhoti.

Vivaan and Sameer complement each other. As a result of Sameer’s inviting Kadambari to this puja, the two have become friends, says Vivaan. He gets jabs from Vivaan for being a buddy. When Kadambari sees Mr. Kapadiya at her door, she chooses to leave the home.

Kadambari picks up the paperwork and reads it before being surprised. She queries what kind of foolishness this is. With Indu’s assistance, Ritesh dons the dhoti inside the Malhotra estate, and the latter compliments his attire. On the other hand, Rahul becomes irritated because the task he assigned to a worker has not yet been completed. On his way, he runs into Anjali, and the coloured powder she is holding spills on both of them.

Each of them apologises to the other. Rahul leaves to get tissues for Anjali. When Vivaan arrives, he uses his handkerchief to remove the colour from Anjali’s face. Anjali glances at him. When Rahul arrives, he is disappointed and moved to witness Vivaan and Anjali.

Then, Ritesh exhorts everyone in his immediate vicinity to go and carry the God’s idol home for puja. Kadambari informs Mr. Kapadiya that she is confused by what is going on. She is told by Mr. Kapadia that her father regrets kicking her out of the house till the very end.

After learning that the man she was seeing had also kicked her out and that she was nine months pregnant, he felt even worse. Kadambari exclaims that she is not a parent and demands that Mr. Kapadiya stop talking in such an offensive manner. She is urged by Mr. Kapadiya to embrace the information that would benefit her.

In case she changes her mind and departs, he also begs her to phone him at any moment. In the Malhotra house, Zoon looks for Indu and walks to the kitchen, where she spots modak. She decides to eat it, but a servant stops her and tells her that puja is still going on. Zoon persuades her and she chooses to eat it, but Indu discovers her doing it, leaves the modak where it is, asks the employee to put it in a box for the time being, and brings Zoon with her to bring her the goodies she brought from home. The family’s men brought the idol of God before they could enter.

They are stopped by Indu, who explains that everything will go according to procedure this year. She washes Ritesh’s feet, performs a few more rituals, and then requests that they carry the God’s statue into the home. Indu’s actions make Ritesh and Shakuntala delighted, while Kaamna and her colleagues seem disturbed and irate. While bringing the idol into the house, Ritesh and the guys sang mantras and praised Lord Ganesha.

Precap: The aarti is performed jointly by Indu Ritesh and Zoon. Following the puja, Kaamna requests that Indu provide modak to Ritesh, with the expectation that he would first feed Shakuntala. Indu necessitates. Ritesh grabs the modak with both of his hands and then offers it to Shakuntala to eat. Both Kaamna and Sameer are beaming with joy and excitement as they watch.