Check out the written update for the just-out scene of the intriguing TV broadcast Bohot Pyaar Karte Hai provided on Friday, 9th September 2022. A Shocker for Sunita is the tag of the most recently published episode number S1 E54. 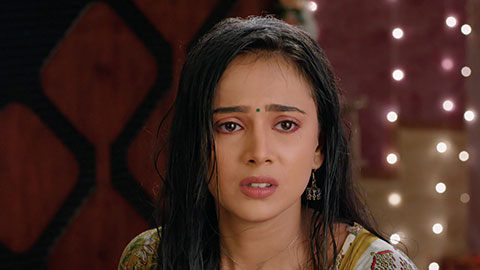 At the beginning of the episode, Indu informs Ritesh that she has something significant to share with him. Ritesh departs the location when Rahul informs him that Mr. Kapoor is now speaking to someone else on the other line. Indu inquires of Rahul regarding the whereabouts of Anjali.

After assuring her he would track her down, Rahul exits the premises. Vivek conveys to Indu his continued belief that she should have a conversation with Ritesh. Indu informs him she tried to speak to him even though he has seen it, and she adds she would discuss it with Ritesh the next day. She also mentions that he has seen it.

Vivaan and Anjali engage in some friendly banter with one another. Anjali informs him she will give the idea of going on a bike ride with him some consideration. It forced Anjaliis surprise to Indu over how her mother’s jewelry came to be in Ritesh’s possession. Indu admits that she, too, is perplexed by the circumstances surrounding the jewelry on the god statue at Ritesh’s home.

Sunita is stunned when she overhears Vivek and Indu’s chat. While Ritesh and Rahul are in the house owned by Malhotra, Rahul tells Ritesh that he brought Mr. Kashap, a well-known film producer. The latter formerly lived in another country but has now returned to India.

They can wow him. Ritesh thinks it’s a good concept; therefore, he has no problem with Rahul’s recommendation. Besides this, he requests he invite a small group of individuals from the business so that they may have an intimate dinner together. Rahul obliges.

Both of them then exit the location. Kaamna and Sameer are eavesdropping on the discussion that Rahul and Ritesh are having. Sameer breaks the news to Kaamna that her scheme is unsuccessful as well. Kaamna assures him she will not allow her plan to fail this time and will do all in her power to ensure this is the case.

She also informs him she has time till the following day and will use this opportunity to jeopardize Ritesh’s reputation. Indu enters her residence and finds Sunita on her porch. Indu inquires as to the motivation for her, await her to respond. After discovering it at Ritesh’s house, Sunita confronts Indu about the missing jewelry.

Sunita discovered it there. Indu makes an effort to explain the problem to Sunita. Still, Sunita would not listen to her and insists that she wants a yes or no response to the question that she is asking. Indu claims she did see the jewelry when it was in Ritesh’s home.

Even after seeing it, Sunita continues questioning her about why she did not discuss it with Ritesh. She does not want to disrespect him by questioning Ritesh about their missing jewelry, so she tells her she intends to speak to him the next day. Indu explains her reasoning to her. Sunita tells Indu to keep her distance from her and then departs the location after accusing Indu of being insensitive to her mother’s emotions.

Sunita herself then leaves the location. Both Indu and Asha experience feelings of distress. Later, Sunita imagines Indu dressed for her wedding. Still, she is not wearing any jewelry, and the other women in the neighborhood are laughing at her because of this.

She breaks out of her imaginings as she exclaims she has jewelry for Indu’s wedding in her possession. After that, she starts to feel antsy. The rain began coming down fiercely. Sunita climbs into an auto rickshaw in a thoroughly wet condition.

She ignores the warning from the society’s security staff and walks out of the building without looking back. Ritesh had a chat with Mr. Kashyap inside the mansion that belongs to Malhotra. Throughout a phone conversation, Kaamna invites attend the puja the following day.

She then observes Sunita getting down from a car. She gives the security a heads up and ask them to allow her in so that Ritesh can be embarrassed. Sunita sneaks into the home, goes to the idol of God, steals some of the jewellery, and then leaves the location. Dolly sees Sunita with the jewellery.

She manages to capture her in the nick of time. She alerts everyone, claiming that the woman took the jewellery from their home. Ritesh visits the location and reveals to Dolly that the woman is Indu’s mother. After that, he notices the jewelry that is on her hand as well as her condition.

He advises that she remain there for a bit so that they may speak about it and sort out their confusion over the situation. Sunita disagrees, claiming that the jewellery in question is hers and that she misplaced it the day before. Together, Rahul and Deep ushered the visitors out of the house. Because of Sunita’s disclosure, Ritesh is left bewildered.

In addition, he is confused by the fact that she refers to them as thieves, so he inquires about this from her. He continues by saying that Kaamna is the owner of the jewellery. Kaamna informs Sunita that the item is only hers. Sunita explains to them she is not accusing anyone of stealing, but that all she said was that she found her lost jewellery and that she is taking it with her home.

If he wants to ask something, he can question Kaamna about where she bought this jewellery. Sunita says she is not calling anyone a thief. Sameer behaves as though Sunita upset them. He begs her not to level any charges against a family of such a good reputation as they are.

Sunita makes fun of the Malhotras and plans to leave, but Ritesh becomes enraged and swears that no one will leave home until and until the truth is revealed. Sunita chooses to stay because of Ritesh. To back up her claim, Kaamna asks Vivaan to get in touch with the jewelry store proprietor from which she originally purchased the items in question. Vivaan obliges.

Indu notices that her mother is absent from the residence. When the security guard tells her that she has to get in an auto and go to Ritesh’s residence, she is taken aback. Indu makes it to Malhotra’s house. Sunita finishes her ramblings by pointing out that she might have avoided this predicament if she had approached Ritesh about it sooner.

Ritesh inquires of Indu whether she is aware of this matter. Indu says yes. Ritesh then inquires as to the reason she did not address him about the same issue. Indu explains she has told him sher to face them in her mother’s opinion.

Kaamna and Sameer blame Indu. Sameer accuses the Rainas of needlessly causing a disturbance, besides the fact that this is all a part of their master plan. Indu gets angry and warns Sameer to not to say anything against her family members. She also argues that her mother is correct.

Still, before she can continue, Ritesh ceases her and asks her, with a furious expression on her face, if she believes that her mother is correct. Indu looks on.