Check the written update for the popular episode of the pleasurable show Channa Mereya proclaimed on Tuesday, 02 August 2022 on Star Bharat. Rajvanth’s Firm Stand is the designation of the most recently released episode number S1 E22. 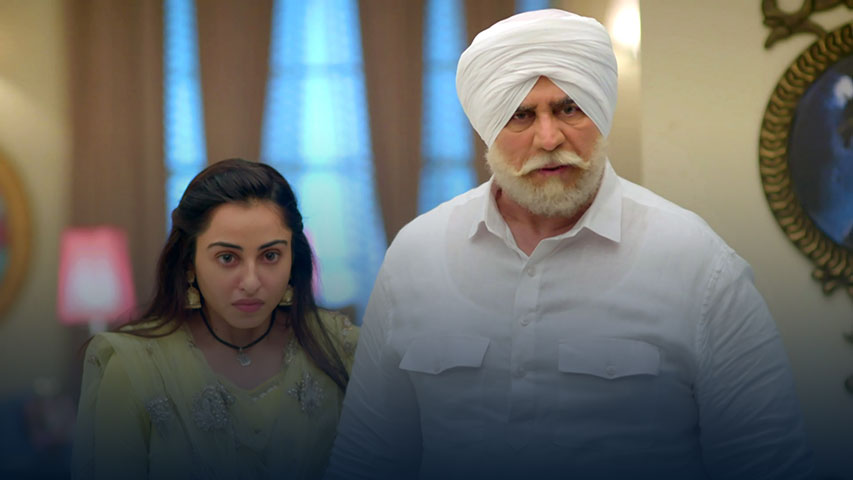 On behalf of his family, Rajvanth apologises to Ginni and offers to pay the remaining balance on the catering contract. Ambar and Aditya later get into an argument.

Together with Ginni, Adi defeats the thugs. A thug strikes Gulabo. They are all defeated by Adi, and they flee. Gulabo gives Adi praise for rescuing them.

Gulabo is taken to the clinic by Dimpy. Adi is brought water, and Ginni invites him to take a seat. She begins cleaning his wound as she brings first aid. She claims that although I’ve always thought of you as a man of stone, your actions today have made me grateful.

Can’t you understand why I would come here? “glares Adi at her. I made a mistake when I sent those thugs here. “Who are you?” Ginni asks with a glare. Regarding you, I’m perplexed. “I only need this dhaba,” claims Adi. What are you doing, Ginni asks?

Even so, are you sure what you want? Just give me this dhaba, says Adi. As he turns to leave, he sees Darji standing there. Darji tells Adi to return home.

Adi goes out. Darji says to Ginni, “I know you care for your family like I do, so please accept my family’s apologies. ” It’s not your fault, claims Ginni. Darji asks: Can you call me Darji from now on? with a nod. Darji blesses her and asks, “Why didn’t you tell me about all this earlier? ” She responds, “You are like my daughter. ” He promised to protect you from anyone who insulted you.

Amber and the others are seated and eating. Where are Darji and Adi, asks Amber? He commands Chachi (Sharja) to watch over everyone inside the home. I hold the power in this house; otherwise, everyone will do as they please.

Ginni and Darji arrive, and Darji declares that you are correct. In this home, people are free to act however they please, and Sharja made a mistake. She needs to apologise to this girl. All are silent.

Darji orders Sharja to apologise to the woman. Sharja apologises to Ginni despite being furious. Darji apologises for all the insults and thanks Ginni for her hard work on the wedding. He hands her a check for 25 lacs and says, “I want to pay you back.”

Ginni claims that she apologised to me because you had made her, and that the payment was based on my losing my honour. She tells Sharja that although she is aware that my siblings made mistakes, we are hard-working people and that everyone should be respected. I can’t sell it because I only have self-respect, she tells Darji. Also, please let Adi know that our dhaba is not up for sale. She goes. Amber claims that’s why I don’t employ low-cost workers. Adi is calmed down by Armaan, who apologises for sending thugs to the dhaba. He is asked to leave by Adi.

Darji remarks that the dhaba in Gurkirat’s sketch resembles Ginni’s dhaba exactly. Adi is our heir, but Amber arrives and claims that he is hiding behind a small dhaba and attempting to take it with the help of goons. Adi yells at Adi when he arrives for attempting to purchase that dhaba. I know why you want to buy that dhaba, so you can put us down, right?

He grabs him and says, He is pushed away by Adi, who orders him to leave. Amber claims, “I’ll throw you like I did before because this is my house. ” You want proof that Darji says enough? He exhibits Gurkirat’s sketch and declares his desire to fulfil his mother’s wish.

Adi is holding the sketch while Amber tries to take it. Amber deems it beneficial that the sketch has been torn in half. Gurkirat had crammed his head with garbage that had no place in this home. Adi assures me that my mother will receive justice.

You are the crazy son of a crazy mother, according to Amber. Adi becomes enraged and prepares to strike him, but Darji intervenes and assures him that Gurkirati’s dream will be realised. According to Adi, these people mistreated my mother and now behave honourably.