Get the written update for today’s chapter of the alluring TV series Channa Mereya released on Wednesday, 10 August 2022 on Star Bharat. Aditya’s Firm Decision is the designation of the up-to-the-minute episode number S1 E29. 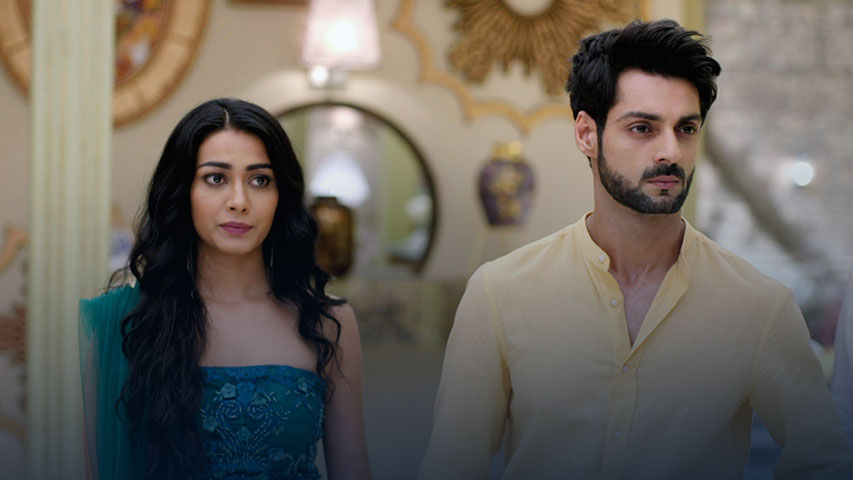 When Aditya chooses to support Sam and declines to wed Harnaaz, he must endure Ambar’s wrath. Ginni calls Aditya in another location to inquire about Sam’s relationship with Aditya’s family.

Adi informs the family that he is unable to wed Harnaaz. We’re all shocked. You can’t respond to a marriage like this, according to Amber. Adi claims I didn’t anticipate anyone liking my response.

He thinks back to Ginni’s advice to follow his heart. He informs Darji that he will wed Sam. Goldie apologizes to Ginni and admits that she sometimes makes her think of Simran. Ginni says to leave right away.

She believes I am unable to be honest with him. Adi is instructed to get lost by Harnaaz, who then departs. Sam begs the family to take her in. Amber commands silence.

Chima claims that we have been insulted and that, although I assisted you with your business, your son is involved in an extramarital affair. You misled me. Adi claims that Darji is not at fault. Chima calls you all cheaters and calls you losers.

Sharja claims that we were unaware of their romantic interest. Chimas storm out in anger. Adi receives a glare from Amber, who threatens to crush his ego. Get away from my house; I won’t give my business to you.

Adi claims that since I never accepted your business, I don’t care. Amber tells him to stop talking. Amber is asked to go by Darji. Adi is questioned as to why she lied and claimed she was just a friend.

Adi claims that he is unable to tell the truth, but if you want, he will accompany Sam back to Canada. I won’t reconsider, so Sam and I will depart together. He departs. Darji sobs and collapses.

Others, like Armaan, rush over to help. For him, Adi brings water. Darji tells Adi, “My life is in you; I can’t let you go again. ” Adi declares, “I won’t go anywhere then.” Darji cries and hugs him. Supreet and Akash are engaged in a game of strategy. Akash claims that she is thinking about how the monster might take away her game. Don’t refer to him as that, says Supreet.

When Amber arrives and is inebriated, he claims Akash is correct in saying Adi is a monster. Supreet tries to control him, but he yells at her, saying, “I got insulted in front of Chimas and you couldn’t do anything, but you had to find everything about Sam. ” Amber collapses onto the bed. Adi receives a drink from Armaan, who then questions why Sam is being married merely as a formality.

You eluded me. I’m sorry. How do you know that child is yours? Adi says, “I’m marrying Sam for that baby,” and she displays the coin to the man.

Ginni clarified for me: what if I tell Sam I’m not Sam today and later discover that the baby is mine? How can I allow this baby to experience the same thing that I did as a child? You are putting your life on the line for this and this alone, Armaan says, and I don’t know what to say. Ginni dials Adi’s number.

She apologises, but will you please make her speak to Simran? “I don’t know any Simran,” Adi claims. He hangs up the phone. Ginni claims that he is acting as though he knows nothing about Simran. I need to talk to her.