Read the written update for the popular episode of the gratifying show Channa Mereya brought on Thursday, 11 August 2022 on Star Bharat. Goldie’s Request to Ginni is the subtitle of the trend-setting episode number S1 E30. 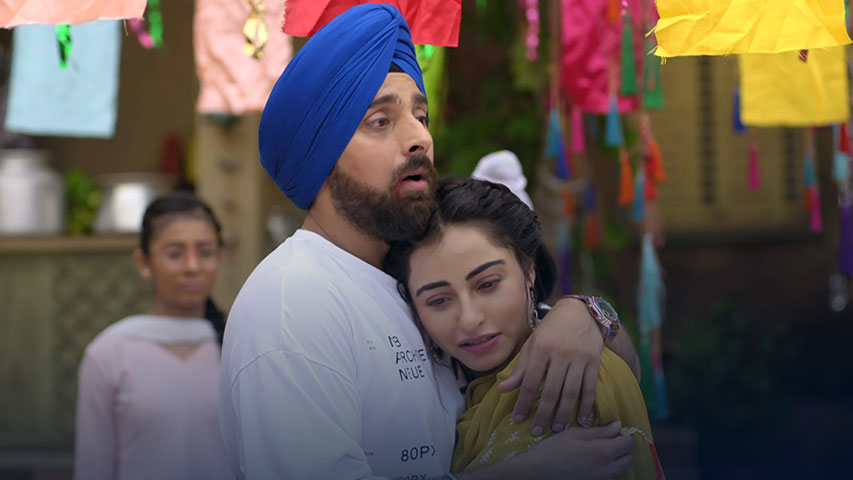 Sam and Goldie come into contact. Sam, however, flees and reports Goldie’s harassment to the police. Later, Goldie asks Ginni to deliver Simran to him once more.

Ginni considers how she will track down Simran. Gulabo instructs her children to look after Goldie. According to Dimpy, Goldie is working hard. Ginni notices Goldie helping others.

Ginni claims I made a promise to make his life happier, but I have no idea how. Adi, who is by himself, thinks back to Amber’s insults. He remembers his mother’s desire to open a dhaba similar to Ginni’s. He recalled Sam informing him that she was carrying his child.

When Armaan sees that he needs water, he asks him, “Why are you doing this when you’re not sure about the baby? ” According to Adi, I would never want that infant to be questioned. I’ll give it to Sam, he declares as he takes a look at his mother’s jewellery. You are conducting yourself honourably, according to Armaan.

Supreet apologises to Sam for deteriorating their relationship with Chimas. Don’t worry, Supreet says; things will work themselves out. Ginni visits Darji at home. When Darji runs into her, does she have halwa for him?

Sam spots her and runs off. Ginni is scanning the area. Adi arrives and asks Darji why he is eating sweets as he sits with her and she serves him halwa. Darji claims Ginni made it and that it isn’t overly sweet; he requests that Ginni serve him as well.

He receives halwa from Ginni. “I can smell it,” claims Adi. You can’t judge without tasting, according to Ginni. Darji asks him to put an end to their argument.

Darji orders Ginni to make Adi taste it as he tries to leave. Adi is given halwa by Ginni, who also counsels him to let go of his bitterness. Angry at her, Adi turns and walks away. Sam is being looked for by Ginni in Adi’s home.

Ginni enters Sam’s room as she attempts to lock the door. Sam tries to leave, but Ginni tells her that she can yell and summon everyone. Because I have photographs of Goldie and your wedding, everyone will believe me. She claims that although you never even called him, your brother is absolutely crazy for you.

What kind of bond do you have with Adi? Adi hears Armaan say, “I’m proud of what you’re doing. ” Adi says we’ll carry out Sam’s request for the wedding. When Gurleen arrives, she suggests going shopping with Sam.

Ginni queries how she came to know Adi. Sam claims that when I met Adi for work, I became stranded. Ginni claims, “I am aware of this man’s rigidity. Adi arrives and knocks on her door, telling her to let Sam in. Ginni queries, “Why does he call you Sam? ” Sam claims to be only my friend.