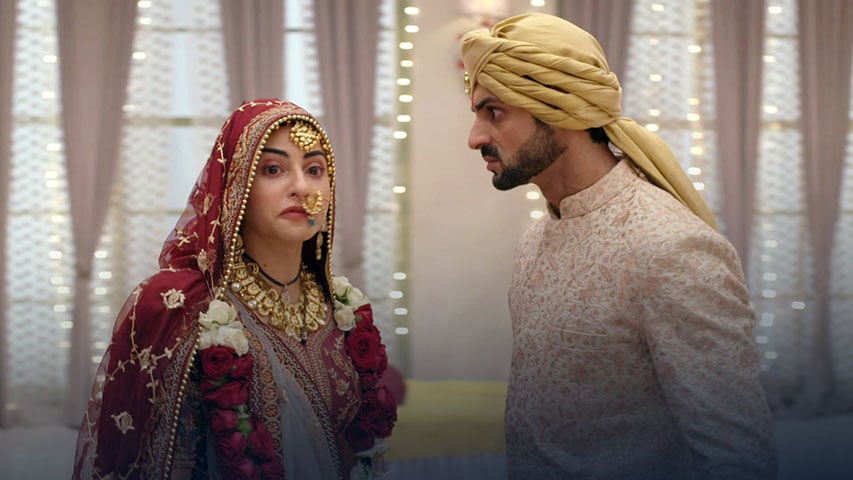 Ginni performs a daring move that everyone finds shocking in order to fulfill her commitment to Goldie. Aditya is horrified to meet Ginni after his wedding ceremonies when he expects to see Sam.

Adi and Ginni are seated in the mandap; Ginni is wearing a veil so that no one can identify her. The ceremony is begun by the priest. Ginni and Adi shake hands and exchange garlands. Ginni and Adi begin taking pheras.

Ginni sobs as she thinks back to her father’s desire to wed her. She is forced to wear a mangalsutra by Adi, who also daubs her with sindoor and removes her veil. The priest declares the union complete. Everyone is surprised to see Ginni there.

What is all of this, yelled Adi? Do you realise what you did? How come you did this? Ginni claims that although she advised you not to marry Sam, you disregarded her advice.

Amber queries what’s happening. Ginni claims that Adi was aware of the fact that Sam was cheating on you all and that she was already Goldie’s wife. Adi claims that although you guys intended to torture her, you are now to blame for the situation. I did this for my brother, Ginni claims.

Adi reorganises the furniture and queries about Sam. Ginni observes. Adi goes to see how she is. Ginni is yelled at by Sharja, who also burns the gath bandhan.

Amber responds, “Enough, she misled us all; we don’t accept this marriage. ” Ginni’s mangalsutra is about to be broken by Sharja, but Darji intervenes. He asserts that Ginni is now Adi’s wife and that nothing can alter that reality. We’re all shocked.

He assures the family that no decisions will be made in a furious manner. Sharja claims that she is warning you not to fall into her trap because she is a selfish girl and that is why she did this. Gulabo receives a visit from Ginni’s acquaintance, who says, “I have to tell you something. ” I have a message for you from Ginni.

Ginni wed Aditya to preserve Goldie’s union. Gulabo is astonished to hear that Ginni gave up her happiness for Goldie’s happiness in order to save her brother’s marriage, according to her acquaintance. Gulabo cries out in pain and shouts. Adi approaches Ginni and yells, “Where is Sam?” What if she killed Sam to take her place, asks Sharja? These impoverished girls will do anything to get rich. Adi scolds Ginni and asks about Sam. Ginni claims that it isn’t like that.

How Ginni entered Sam’s chamber before the wedding is revealed in the flashback. Ginni urges Sam to avoid marrying Adi, saying that Goldie loves her dearly and will pass away if she does. The state of Goldie is unknown to you. Sam claims that, regardless of what happens to your brother, the marriage will go forward.

I don’t have a choice, according to Ginni. Ginni prepares for her wedding by using powder to make her sleep. Sam is put in the warehouse by her. Sharja escorted her to the mandap after she put on a veil. The memory lane fades. Adi warns Ginni, “I won’t spare you and your family if something happens to Sam. ”