Check out the written update for the just-out installment of the intriguing TV show Channa Mereya delivered on Friday, 08 July 2022 on Star Bharat. Aditya Meets Ginni is the tag of the most recently released episode number S1 E4. 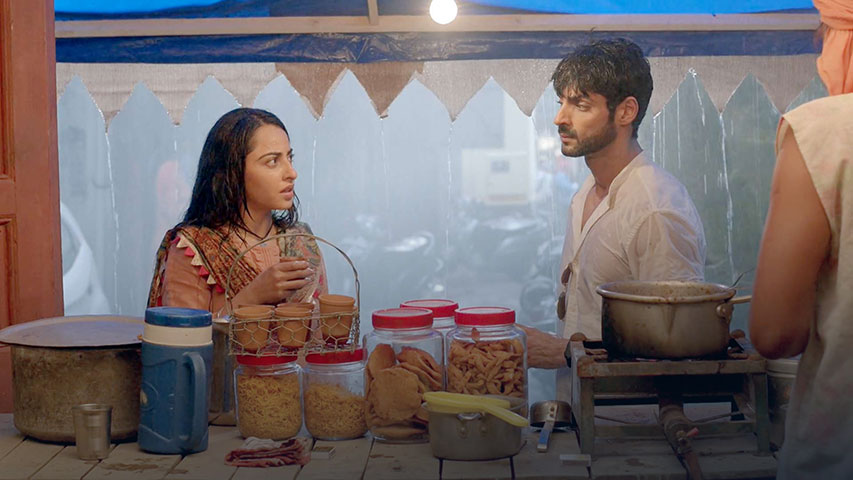 Amber teases Adi. I don’t need you to bring up the past with me. You might have forgotten about my mother, but her son is here to remind you of everything, according to Adi. Darji interrupts Amber as she furiously attempts to leave by admonishing her not to leave food out like this.

Families that eat dinner together tend to stay together. Adi grabs the same paratha as Amber does as she sits back down to eat it. Amber says to leave it because I took it. Adi claims that because of you, I left the house when I was a child, but now you’ll have to leave things.

Darji requests that they stop. Both of them split the paratha in half. Darji claims that until I am still alive, Amber won’t leave. You must have a plan, according to Chachi.

Adi’s Darji promises that I will host a celebration for Adi’s historic victory in the competition. You’ll celebrate my defeat, according to Amber. He glares at Adi and remarks that her meal, like your mother’s, has no flavor. He then departs from it.

Punching the wall is Adi. He is urged to calm down by Armaan. Adi claims that the man brought another woman into this house without even expressing grief for my mother’s passing. I’m only here for that dhaba, else I would have already left.

Adi strikes a wall, and his hand starts to bleed. He is urged to calm down by Armaan. Adi says, “Find me a place where I can vent my rage. Look at the cut on your back, Armaan adds.

Do you still want to leave? Adi exits the area. Don’t be cruel to Adi, Chacha tells Amber, instead sit with him and have a conversation. Amber thinks he should respect me because I’m his father.

As this generation is new, Chacha advises maintaining your composure. Amber claims that, despite her best efforts, her son continues to hold me responsible for the death of his mother, even though I didn’t actually kill her. He goes because I can’t respect him as a son if he can’t respect me as a parent. According to Chacha, Amber never truly accepted Adi and his mother.

To them, he was unfair. When her scooter becomes trapped in a pothole, Ginni is still riding it. Adi motions for her to move as he cycles there. Ginni tries to manoeuvre her scooter but is unable to.

When it begins to rain, Ginni rushes to a shelter. Adi also sprints there. Ginni turns and drenches his face with water from her hair. Do you have manners, asks Adi?

You already had your scooter stuck. You don’t know me, Ginni replies, so don’t pass judgment. The vendor requests that they put an end to their altercation. Adi and Ginni both order tea.

They both agree that it is really sugary. Adi is taken aback that they are both thinking the same thing. I don’t put sugar in my tea, according to Adi. Ginni pours the rain into her tea and then sips it.

When the vendor shows Adi the newspaper, he or she asks, “Are you this? ” You quit the culinary competition, as Ginni claims, correct? You simply left a great opportunity that presented itself? My father advised me to never give up when competing.

Adi hands the vendor a large check, but he doesn’t have any change, so Ginni pays for both of them. I’ll transfer you online, Adi offers. Ginni claims that I assist those who are in need rather than mocking them. Adi gives her a sneer before jolting her scooter.

Mud covers Ginni’s face as he starts his bike and then speeds off. Ginni calls him a lunatic. The celebration begins at Darji’s home. Adi makes it there.

Darji advises you to go change because you are soaked. Adi becomes enraged when she sees Supreet and Amber arrive together. Darji tells him to be content and go make a difference. Adi departs for a change.

Adi and Armaan join the celebration. Amber gives Armaan a call and introduces him to his coworkers. Adi gives him a snarl. Darji gives Armaan praise for looking after Adi.

Adi, according to Armaan, is that kind of friend. Don’t let people take credit for your hard work, advises Amber. I am aware that you have worked hard and are self-sufficient, but other people have family money and are still worthless. He mocks Adi.

Adi will now be working for the company, Darji informs the visitors. Adi receives an angry look from Amber as she announces that we are hiring interns for our hotels; he will gain experience working there as an intern. Adi will soon be our company’s leader, “Darji declares,” after being taken aback. He informs Amber that since her son is educated and she has worked for years, she should take a break now and delegate her duties to him. You should treat Adi the same way you treated you when I assigned duties to you. All are silent.