Enjoy the written update for the different chapters of the compulsive show Channa Mereya aired on Monday, 29 August 2022 on Star Bharat. Ginni Comes Up With a Plan is the headline of the up-to-the-minute episode number S1 E45. 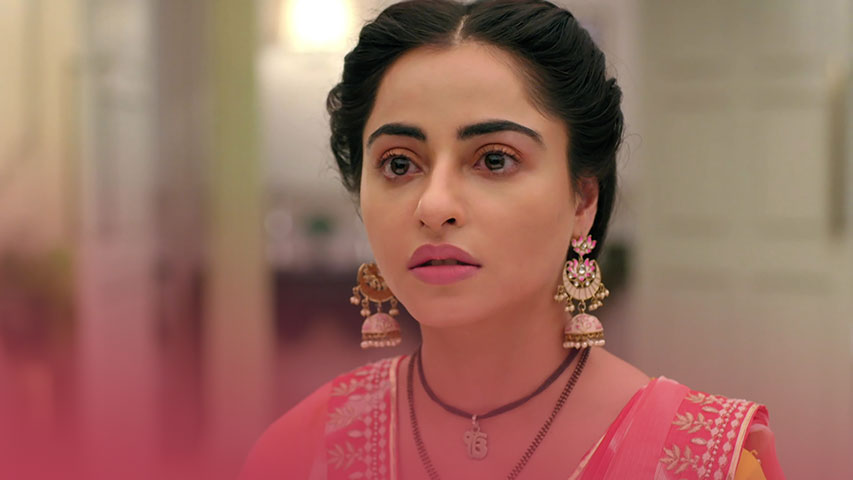 Ginni devises a strategy to tell the Singh family the truth after having to endure all the humiliation. Sam is surprised later when she gets a threatening call.

Amber agrees that Ginni is both the main character and a criminal. Supreet claims it’s not just Ginni’s fault and that we need to hold off on using Adi right now. Amber asks, “Have you accepted Ginni as our daughter-in-law yet? ” I’m interested in your thoughts.

Why are you opposed to Adi’s happiness, asks Sharja? Just oust Ginni because she is to blame. Supreet is correct, according to Darji, she is considering our honour. Amber claims that since we are acting in a similar manner, Ginni must be evicted from the property to put an end to the situation.

I agree with Adi on this; even if people abuse us and we become the subject of rumours, we shall conclude this chapter. Supreet can try talking to Adi and see if he will listen, he advises. He then departs from it. Darji beseeches Ginni with a mournful expression, “Trust in God.

” Ginni believes that this argument is about the truth and that I won’t give up without a fight. She asks the Lord for courage so that she can make the truth triumph. Adi requests that Armaan set up designers and everything else for Sam. Sam thanks him for siding with him with a smile.

According to Adi, tell Armaan if you need anything. Sam yanks him back and declares, “We’re getting married at last. ” Adi suggests waiting till tomorrow since it will be a huge day. He reclines and then turns away.

In a conversation with her friend Santo, Ginni informs him that she has sent him divorce papers. Adi is not the father, and I must demonstrate this. She claims she has an idea. “We don’t have a lot of time until the gala dinner,” Amber tells Darji.

I’m your Adi. People have taken me for granted, used me, kicked me out of the house, and married me to save their brother. But now, I’ll do what I think is best for me, Adi tells Darji, hugging him. Darji says, “I believe in you.

I’ll be with the person I deserve tomorrow, according to Adi. I am equipped for it. Darji claims that you are accountable; just keep in mind that I am by your side. Ginni walks in while Sam is trying on dresses.

She requests her assistance in choosing. Ginni advises against celebrating prior to winning. Sam claims that because we are competitors, you must lose at any costs. When Adi accepts me as his wife tomorrow, she hands her some ropes and tells her to use them to commit suicide.

She receives it back from Ginni, who informs her that she will need it when her truth is out. A female caller calls Sam. “Have you forgotten who the baby’s real father is? ” the woman asks.

Sam is in awe. The woman claims to know every detail about you, even where you lived in Canada and how you caught Adi. If you do not want me to be honest with Adi, make arrangements for 15 lacs before tomorrow am. Sam drops the phone in amazement.

She tells Ginni to wander off. With Sam, Ginni tries to switch phones. Armaan arrives and quietly assists Ginni. From there, she snatches Sam’s phone.

Ginni is approached by Armaan, who queries her motives for wanting Sam’s phone. I assisted you because I watched you battle Adi’s wrath for the truth. I’ve grown to love you. Sam became afraid when you contacted her for money, adds Ginni, who then contacts her buddy Santo.

Before Sam finds out, Santo begs her to check her phone and return it. Ginni looks through her phone, but nothing is there. Sam picks up her phone and discovers it isn’t hers. She cries out for Adi.