Check the written update for the newly published scene of the fascinating television broadcast Channa Mereya brought on Thursday, 14 July 2022 on Star Bharat. Aditya Upsets Ginni is the name of the just-released episode number S1 E8. 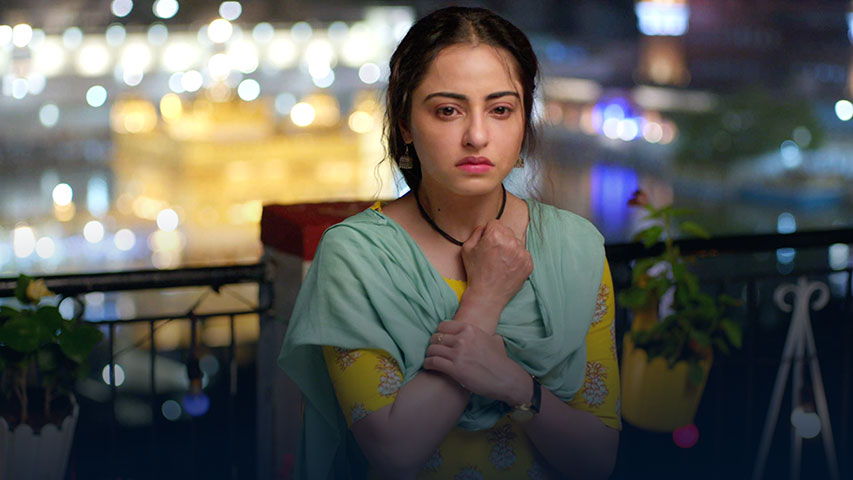 To return the money Aditya had left behind, Ginni makes the decision to go to his home. Aditya, however, bothers her with his improper comments throughout their disagreement.

Ginni tends to Adi’s injuries. She tries to offer him water when he wakes up, but he pushes it away. Adi takes a look around the dhaba and thinks back to his mother’s advice that it should be warm and kind. He leaves after placing the money there.

In his message, Ginni declares that he doesn’t hold onto anyone’s favours. Ginni exits after taking his card. According to Chachi, nobody is present to investigate a power outage. Ginni enters the home and is taken aback by how enormous it is.

She is looking for Adi while it is completely dark. In his towel, Adi exits the restroom and runs into her. You, he says? Why are you in this place?

Ginni instructs him to put on clothes as she turns her head away. Adi claims that since this is my home, I may do anything I choose. Ginni returns the money. I don’t accept charity, says Adi, and this is a payment for saving my life.

I did it like a person, according to Ginni. Your ego and prestige should coincide, claims Adi. It’s my self-respect, Ginni explains. It demonstrates your poor upbringing, and I wish your mother had spanked you when you were younger to instil some manners in you.

Adi grabs her and screams, “I don’t spare people talking about mothers,” as she tries to flee. “You are hurting my hand,” Ginni claims. Then, Adi advises, don’t say offensive things. After giving him the money, Ginni departs.

Chachi runs across Ginni as she is leaving Adi’s house and assumes she is a maid. She commands you to report to work. I am keeping an eye on you even though I know people like you try to steal things. Ginni storms out in a rage.

Adi remarks, “Dhaba is now my ego” as he examines his mother’s drawing. I had to ask her for that dhaba. According to Armaan, that woman is tough to crack. According to Adi, we must render her powerless so that she will come to me on her own.

Darji arrives and asks, “What’s happening? ” When Gulabo arrives, he discovers Ginni sobbing. What happened, she asks? Ginni hugs her mother as she thinks back to Adi and Chachi’s cruel remarks.

Gulabo queries what transpired. Ginni claims that I was insulted by a privileged brat but was powerless to respond. I visited Adi’s home, but his entire family is self-centered. Darji queries Armaan about the situation.

According to Armaan, we were discussing video games. I’m aware that Adi is upset with his father, “adds Darji. I don’t want to discuss it, “Adi claims. Darji notices his hands are hurting and queries what transpired.

I slipped in the bathroom, according to Adi. Darji tells him to look after himself. I want you to take over the business, he says. I understand that Amber made a mistake, but I thought Farnaz was a cute girl, and you should at least get to know her for Gurleen’s sake.

The same is what your mother would have anticipated for you. Adi nods and agrees with you. Darji thanks him before departing. Ginni tells a customer on the phone that she will be bringing samples of your catering.

After hanging up, she gets on the scooter. She is with Goldie, who apologises for her harsh treatment of her. My family is above me, Ginni reassures me. We are bringing samples to them, according to Goldie, but what if they don’t accept the order?

What are we going to do with the food? Ginni asserts that after having our meal, people will never reject our contract. Ginni visits the client there. Soniya and Raj are in the vanity.

Raj’s hand trembles. Soniya queries what transpired. Raj claims that I’m good. You can lie to others but not to yourself, according to Soniya.

What do you mean, queries? Do nice things, according to her, in order to atone for your sins. Farnaz accompanies Adi to Ginni’s dhaba and claims to be familiar with the entire menu because the food is delicious there. Adi enters while keeping an eye on He declines Ginni’s offer of a menu card, calling her a bad cook.

Then, Ginni continues, you ought to have won the tournament rather than escaping. I’ll make a cheese dish, Adi says, and you folks will see. I’ll prepare the same food, Ginni adds, and we’ll see who wins. According to Adi, you will lose this dhaba if you lose.