When Pakhi finds out that Sai is Savi’s mother and that she is the doctor who rescued Virat, she is astounded. She later apologizes to Sai for stepping in for her. 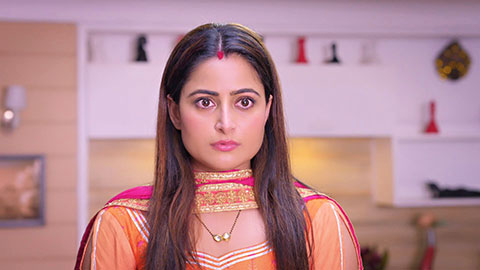 Let’s enjoy the written update for the another episode of the nice TV broadcast Ghum Hai Kisi Ke Pyaar Mein (GHKPM) issued on Monday, 19th September 2022. Pakhi Faces the Truth is the name of the most recently published episode number S1 E615.

Pakhi tears and expresses worry for Virat at the beginning of the episode. She approaches Vinayak and strokes his hair after that. He reassures her that Virat would soon awaken and will let them know how Savi’s mother assisted them and cared for Virat. Savi, on the other hand, arrives and presents herself as Vinayak’s buddy.

Pakhi shows the kid her affection and inquires about her mother to meet her and express her thanks. While everything is happening, Pakhi phones Chavans, who continues to pray for Virat’s safety. She informs them of the situation as everyone reacts in disbelief. Here, Pakhi reassures the Chavan family’s elders by saying that Virat is safe and attributes all of the credit to Savi’s mother.

Chavans thanks them for rescuing their kid and says she was sent by God to assist them. While Sai, who overhears their chat and hides from Pakhi to keep her identity a secret from them, has inner agony as a result. Sai becomes disoriented and loses consciousness, but Jagtap arrives just in time to save him. Virat, meanwhile, awakens and loses his cool when he notices Sai and Jagtap’s proximity.

He glares at them and grows angry, and Pakhi is thrilled to see him awake. He continues to stare at Jagtap and Sai as she expresses her anxiety and concern for him. Meanwhile, Jagtap removes Sai from the space and expresses his concern for her. Pakhi, on the other hand, similarly scans Virat’s direction but is unable to make out anything.

Despite her best efforts, Virat’s wound begins to leak. Together with Mohit, she grows concerned and visits Savi’s mother to seek assistance. While Sai refuses to accept any further assistance from Jagtap, he takes care of her. When he asks whether she has informed Virat about Savi, she replies that she has not and that she would when the time is perfect.

He inquires once again about Savi’s knowledge of the truth, to which she replies that he should avoid her. While Savi arrives and confronts them, she also urges him not to intrude on her personal space. Jagtap then changes the subject and informs Savi about Sai’s condition. Sai is taken inside after the latter reprimands her for not taking care of herself.

Pakhi and Mohit, on the other hand, were surprised to meet Sai and mistook her connection with Jagtap. Sai responds that she only assisted Virat since he put his life in danger to rescue Savi when Pakhi confronts her. While Sai is taking care of him, Vinayak says he has discomfort in his leg. Usha asks Sai to listen to her emotions, but the latter declines.

Usha expresses sorrow, saying that Virat alone genuinely loves her. Virat responds that Usha’s statement is untrue and that Pakhi is now his actual wife. She sobs but keeps her suffering a secret from everyone. Additionally, after learning that Sai is still alive, Pakhi finds herself in a difficult situation and confronts Sai.

She inquires as to why she did not go back to Chavan’s residence. Sai then remembers her situation and Virat’s lack of support for her. She makes it clear that she has no connection to Virat and tells Pakhi to see her spouse. The latter apologises to Sai after all of her previous errors, but Sai refuses to pardon her.