Pakhi is concerned, so she inquires about Virat’s sentiments for Sai by asking him several questions. After hearing of Virat and Pakhi’s wedding, Sai, on the other side, is left in a state of utter devastation. 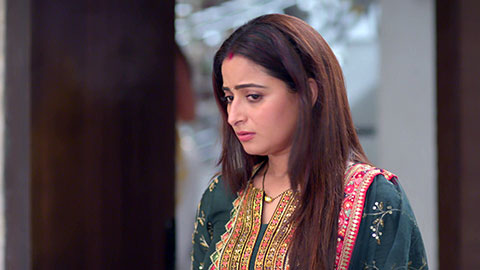 Get to read the written update for the different scene of the fascinating show Ghum Hai Kisi Ke Pyaar Mein (GHKPM) released on Wednesday, 21st September 2022. Sai’s Emotional Breakdown is the pseudonym of the revolutionary episode number S1 E617.

As the episode begins, Sai tends to Virat’s wounds as he questions her about her connection to Jagtap and her relationship with him. She maintains that she did not inquire about his marriage or connection with Pakhi, thus he has no right to ask her personal questions since she did not ask him about any of those topics in the first place. She refuses to answer him. She was on the verge of standing up when he grabbed her wrist firmly and demanded an answer.

At the same time, she became enraged and attempted to release her hand from his grasp. She yells at Virat and tells him to stop acting inappropriately with her. He becomes angry with her and declares that he won’t leave her until she tells him the truth about what’s going on between them. At this point, Vinayak and Pakhi enter Virat’s room together, and Virat swiftly removes himself from Sai’s grasp.

Vinayak reports that he has finished his workouts exactly as Sai had instructed him to do them, and he then asks Sai if he might accompany her to see Savi. The suggestion causes Virat to get enraged, and he promptly declines it. Meanwhile, Sai offers some explanations and tries to persuade Vinayak to remain with Virat and Pakhi. Vinayak will be able to meet Savi when she wakes up, as Sai suggests, and Savi nods her head in agreement.

Sai then reveals to the taunts that Virat and Pakhi want to have a chat with each other privately since they are a relationship, and then she exits the area. Pakhi watches over Virat and encourages him to maintain his composure as Vinayak also leaves the house. She begins to worry about his health, while he becomes uncomfortable when he thinks about the moment Sai had with Jagtap. Mohit encounters Sai when she is leaving the police offices at a different part of the story.

He explains that once Sai left the home, his family travelled to a variety of different places. He says that they have supported one another and ultimately learned how to live in harmony as a result of their efforts. He pleaded with Sai not to disturb their tranquilly and asked that he not continue to meddle in their lives. He expresses his gratitude to her for rescuing Virat and asks that she keep her distance from them.

After overhearing Mohit’s statements, Sai walks away from the scene without responding to any of them. In the meanwhile, Pakhi and Virat have a conversation regarding the situation. He reveals that Sai and Jagtap have a daughter named Savi, but Pakhi refutes this claim by asserting that Sai is unable to have children of her own. Virat continues to stand by his statements and asserts that he has seen the intimacy shared between Sai and Jagtap.

Pakhi also recalls the occasion when she questioned Sai about her connection with Jagtap, and Sai flatly refused to answer any of her questions or provide any information. Because of Vinayak, Pakhi starts to feel anxious about her relationship with Virat and starts talking about the possibility of them getting married. He takes her hand and reassures her that Sai will not be able to stand in their way. While Pakhi looks at him with sorrowful eyes and listens to his proclamation that their relationship will return to how it was before, he smiles.

Sai eventually makes it back to her home, where Savi is waiting for her and asking about Virat in the while. She makes the decision to pay him a visit and brings him a present in the hopes that it would hasten his recovery. Usha sends Savi inside her room and requests to take rest. She also confronts Sai about the subject, which leads to Sai breaking down and revealing all of her emotions.

She becomes enraged and demands to know why Virat came back into her life at a time when she was enjoying a happy existence with her kid. In addition, Usha attempts to reassure Sai by assuring her that Virat’s love for her has not changed. Sai refutes her accusations and declares that Pakhi was his one and only love, and that he and Pakhi are now married. She claims that the only reason Virat was drawn to her is because the two of them used to live together.