Vinayak trips and falls down the stairs when he is attempting to prevent Bhavani from removing Savi’s phone number from Bhavani’s phone. Later on, Virat finds out that Vinayaka is in need of medical attention from Sai. 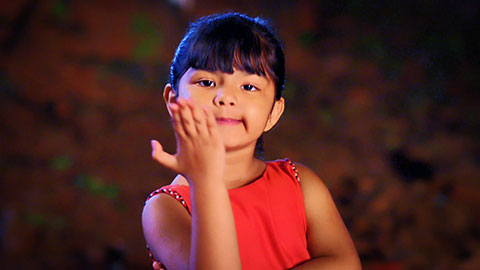 The episode begins with Ashwini being enraged with Sai after discovering she is alive. She sobs as she recalls how Virat used to suffer due to Sai’s death. She believes that instead of leaving their lives, the latter should have phoned or notified them that she was alive. She blames the latter for all of Virat and her family’s suffering and says that she would never forgive her.

As Ashwini sobs, Bhavani and Sonali soothe her and support her choice. They claim that Sai does not deserve their affection or feelings. Ashwini prays that Sai will never enter their lives again. Ashwini chooses to face Pakhi since she believes the latter is distressed after meeting Sai.

She joins her room after requesting permission, but Pakhi is taken aback by her actions and declares that she does not need permission to enter her room. She welcomes Ashwini, who gives Pakhi a present for her birthday. When Pakhi opens the present box, she is astonished to discover all of a married woman’s accouterments. She inquires about it with Ashwini, who responds that she should always wear these items to prove that she is married.

Pakhi thanks Ashwini, but the latter becomes concerned when she notices her missing nuptial chain and inquires about it. Ashwini gets calm by explaining that she was changing and leaving it on the table. Ashwini instantly forces her to wear it and instructs her not to take it from her neck. She’s anxious and expresses her fear of Sai infiltrating their lives, to which Ashwini does not respond.

Pakhi assures her that everything is in order. Ashwini also asks Pakhi to accompany Virat on his vacation, as they had planned before their journey to Kankauli. On the other hand, Bhavani chooses to remove Sai and Savi from their lives and makes a significant choice. She enters Vinayak’s room and pulls his phone to erase the saving number.

He is startled and attempts to stop her, but Bhavani runs down the stairs, and Vinayak follows. Ahead, Jagtap leads Savi into the bush, where she sees the scrawled message under her inquiry about when her father will return. He remembers writing all of the responses only to cheer up Savi. The latter is thrilled and eager to see her father.

Jagtap then grabs Savi, who delights and has fun with him. Sai’s brother Jagtap comes to Sai’s home with Savi, and Usha is delighted to see her happy and tells Sai that her fever has gone. Savi expresses her displeasure with Sai and walks inside, while the latter becomes enraged with Jagtap and asks to be kept away from them. He chastises her and asks her not to injure Savi in her rage.

He tries to make her realize her error before leaving and crying inside his vehicle. Bhavani then asks Pakhi for the password to Vinayak’s phone as he attempts to stop them. He falls down the stairwell and is promptly taken to the hospital. He continues begging for Sai, and the doctor suggests they phone her since Vinayak is receiving therapy from her.

Bhavani blames Sai for the predicament, but Virat lashes out at her and says she is to blame. Pakhi becomes worried about Vinayak and clutches Virat’s hand as he, too, tears up and stares at her.

Precap: When Sai arrives to sell Pakhi’s ring, Pakhi asks Virat to pick out a necklace for her. When Virat sees her, he purposefully has Pakhi wear a jewelry that announces their wedding anniversary. Sai gives them a brief glance before walking away with her ring while claiming that it is no longer valuable. Sai is also seen by Pakhi, who chooses her ring. She examines it first, followed by the latter.