Enjoy the written update for the up-to-the-minute scene of the arresting TV broadcast Ghum Hai Kisikey Pyaar Mein propagated on Saturday, 3rd September 2022 on Star Plus. Virat’s Change of Heart is the label of the freshly published episode number S1 E602. 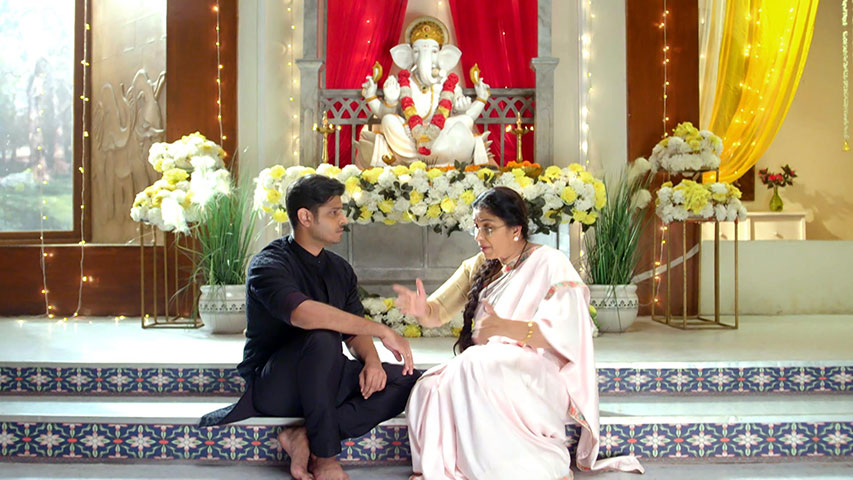 Savi accepts Sai’s apology, and the two of them go on with their relationship. After better comprehending Pakhi’s position, Virat’s feelings for her undergo a transformation.

Pakhi sobs in front of Virat at the beginning of the episode. She replies that she was unaware of Bhavani’s surprise and refutes his charges. She sobs, saying how difficult her life is, but she still tries to live it for her son, Vinayak. While he feels bad for seeing her in anguish, she begs him not to make things worse for her.

She walks away from Virat as she realises her predicament in the meantime. On the other hand, Usha attempts to persuade Sai to be honest with Savi. She argues that others will continue to inquire about her father, and when she is unable to respond, they will treat her humiliatingly and make her life difficult. She asks Sai to consider Savi, but the latter is certain of her choice.

Here, Sai declares that she never wants Savi’s future to be impacted by Virat or her past. She makes up her mind to keep them at a distance. Usha, on the other hand, expresses her dissatisfaction with Sai. As Ashwini enters the area and begins speaking with Virat, the latter continues to reflect on the situation while seated in front of the God’s statue.

Ashwini claims they only want him to be happy and advises him to continue living his life with Pakhi. Additionally, he claims that it was her and Bhavani’s idea to send them on a getaway, yet he still lashes out at Pakhi without cause. She reminds him of a time when Sai helped bring her and Ninad back together. Sai’s name annoys Ashwini, who reminds him that she has left and is not coming back.

In another place, Ashwini asks Virat to advance in life for both himself and Vinayak and his family. She laments how hard it is to see him suffer while he sheds tears. She makes an effort to persuade him and inform him of all the duties that Pakhi does. She compliments the latter and claims that nothing is expected of her.

Virat must, according to Ashwini, show some deference to Pakhi. while the latter goes to the hospital with Vinayak and Pakhi. While they wait for their doctor’s appointment, Virat apologises to Pakhi for his error. She sobs and tells him how hurt she is.

She claims that she has always struggled with life and believes that when she began to fall in love with Samrat, fate even abducted him. She states that she later marries Virat, whom she had loved since they were children but who had never made an effort to put his past behind him. Virat makes a significant choice in advance and decides to accompany Pakhi on the trip. When she hears about it, she is thrilled, and Vinayak reassures her that he can get by without them.

When they get a call and learn that Virat is prepared for the trip, Bhavani feels happy and worries less about Pakhi. While Savi continues to ignore her, Sai shocks her and apologises to her. While Savi ultimately changes her mind and pardons her mother, Sai begins to act. Savi also makes a commitment to Sai that she would stop enquiring about her father and that she wanted a father like Vinayak.

In the meantime, a woman arrives and invites Sai to attend Gayatri’s birth with her. Additionally, the physician examines Vinayak and commends his improvement, while the latter attributes this to Savi’s mother. The doctor advises Virat to continue the medication, but Virat chooses to ask Savi’s mother for more ointment. While Haria forbids Sai from performing his wife Gayatri’s delivery, Gulabrao intends to murder Sai as a lesson for her. She attempts to explain to him, but he warns her and refuses to allow her into his home.