Chini tells Ruby that she will be attending a concert, despite the fact that she is really headed to the temple. She develops a sense of annoyance at Imlie and abandons her amid the throng. 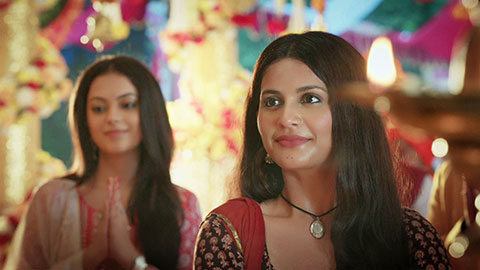 Get to know the written update for the newly published episode of the diverting TV serial Imlie delivered on Tuesday, 20th September 2022. Chini Abandons Imlie is the designation of the cool episode number S1 E581.

The episode begins with Imlie disappointed that Narmada still feels the same way about her after all these years, and she complains. She might be correct about her. Sundar believes that if she begins to accept negative remarks, she will not progress as a person. Her mother was subjected to several insults, yet she did not alter her true nature and was unaffected by them. He cheers Imlie up and invites her to the puja.

Imlie brings flowers to Sita Maiya and goes to seek blessings from Narmada, but the latter departs. Rupy tells Arpita that Narmada should understand that Imlie was not the cause of her parent’s deaths. However, she is the most impacted by their demise. Imlie goes to Rupy and Arpita for blessings. Rupy believes Imlie takes care of everyone’s feelings and that her request should be granted.

She should sometimes battle for her rights as well. Arpita praises her, stating that the way she pours love around her, someone will one day shower all the love on her. Imlie gets busy with the puja and distributes Prasad to the children. The DJ plays music to keep the crowd entertained. As Chini notices the event poster and realizes she is running late for the show.

She’s preparing to depart since everyone is so busy. Rupy, on the other hand, stops her and asks where she’s heading. Chini lies about going to Hanuman Ji’s temple on Imlie’s birthday to pray for her. Rupy loves her idea and sends Imlie with her. Imlie’s clothing becomes ruined for whatever reason, so she goes to change them.

Chini becomes even more enraged when she realizes she must wait again. Chini advises Imlie to shut the vehicle window to avoid ruining her haircut. Imlie responds that she enjoys the fragrance of earth and the natural cold wind. Chini should also appreciate it, which may lead her to the love of her life. Chini claims to be furious.

Imlie notices a weird throng near the event and asks Chini where the temple is since this location does not seem to have a temple. Chini claims she came here to return something to a friend, and Imlie is welcome to accompany her. Imlie claims that she dislikes crowds and that they cause her anxiety. She summons Chini. Chini removes her old clothing, and Imlie is surprised to discover her in a short dress below.

Chini leafs The organizer questions Atharv about why he delivered a free performance on the road while people paid a lot of money to see him in concert. Atharv claims that he enjoys free wind and that the rhythms of music provide him with such freedom. He didn’t choose the theme for the money, but he would have taken over his father’s company if he needed money. He receives a phone call from his father and is evaluated by him. His father chastises him for being detained and destroying his reputation.

Atharv claims he has never given thought to his desires. Atharv is free, according to his father, because he enables him to be free. He orders Atharv to return home right now. Imlie is concerned about Chini and defies her dread of crowds locating her. The guard refuses to allow her in since he sees her clothing.

She asks him in Hindi to allow her in. He denies it, to which she responds that the Hindi language cannot be a source of shame for individuals since most people around the globe speak Hindi. He yells to Ma as she gets to his feet. She claims that when we are in anguish, we only recall our mom’s and mother’s language. The guard learns his lesson and apologizes to her.

She walks inside the concert and doesn’t see Chini. She becomes concerned and recites her composing poetry to regain her strength. Atharv notices this and is amazed. He is perplexed as to whose voice is motivating him.