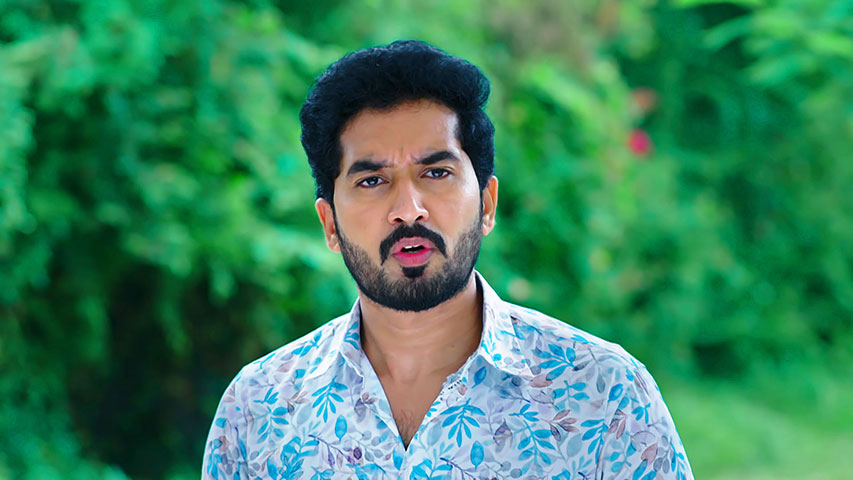 At the beginning of the episode, Karthik asks Mounitha to pledge, but when she sees Sourya, Mounitha becomes distressed. Deepa requests that the Pandit deliver Aarti for Mounitha so that she may make her pledge. Mounitha insists that she would not guarantee anything and tries to remove Karthik from the temple. After seeing this, Deepa informs Karthik, “see this now, and you should comprehend who is saying the truth straight.

” Mounitha reveals to Karthik that she is his wife, instructs him to place his faith in her, and then whisks him away from the scene. Deepa concludes that she is responsible for exposing Mounitha’s accurate colors to Karthik. While Karthik is driving, Mounitha ponders the question of why Sourya is at this location. Mounitha observes that Karthik is heading incorrectly, and she calls his attention to this fact.

Karthik initiates a conversation with Mounitha by questioning why she did not pledge in front of God. As Mounitha continues to be bothered by Karthik’s inquiries, she finally begs him to pull over. Mounitha inquires as to whether or not he and Deepa are on an equal footing. Mounitha asks Karthik to say he would never see Deepa or communicate with her again.

Karthik’s patience becomes thin due to Mounitha’s actions. Karthik insists that she is his wife and not his instructor before getting behind the automobile wheel and abandoning Mounitha in the middle of the road. Mounitha starts to feel concerned about the journey home. At the side of the road, Sourya and Varanasi eat their tiffin.

Varanasi inquires of Sourya on the status of her birthday celebration. Sourya approaches Varanasi with the question, “How can I celebrate my birthday without my parents? ” Varanasi believes that he has now realized why orphans experience such intense feelings of isolation. Sourya weeps silently to herself as she remembers her father.

Deepa recounts the events that took place in the temple to both Doctor and her mother. Deepa must show patience, as instructed by the physician, to ensure that her husband would eventually recall everything. Deepa agrees with the assessment made by the physician. Deepa then departs after stating that she will go there.

Karthik feels satisfied that he was able to impart valuable knowledge to Mounitha; nevertheless, he cannot recall whether he is following the correct path to the home, even though he can see the road. As Mounitha approaches the shop, she inquires of the employees about whether or not Karthik has been there. The staff claims that he was present. When Mounitha sees Deepa giving Karthik a head massage, she is taken aback by sight.

When Mounitha considers this, she becomes enraged, and she begins to interrogate Karthik. Mounitha bombards Karthik with her questions one after the other, and she doesn’t even allow him to respond. Mounitha is instructed by Karthik to first listen to the reason Deepa is here. Karthik claims that he would not be at this location if she had not been there since he would not have come here.

Karthik turns to Deepa to explain what happened since he cannot recall what transpired. Karthik is encouraged by Deepa to think back on what took occurred.