Enjoy the written update for the latest chapter of the diverting TV drama Meet produced on Wednesday, 31 August 2022 on Zee TV. Meet gives Meet Ahlawat a gift is the label of the popular episode number E341. 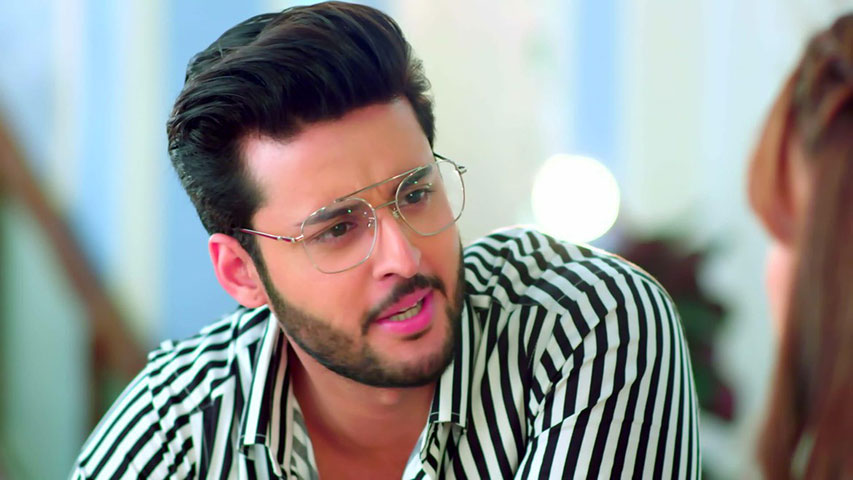 Ahlawat is the recipient of the gift sent by Meet.

Meet finds out at the beginning of the episode that Neelam had torched her clothing and torn the picture she had taken with Meet Ahlawat. Meet empathizes with Neelam and acknowledges that the latter is not at fault; nonetheless, no one is able to comprehend her predicament. Ahlawats has not yet accepted her, and even her husband has cut off communication with her. In addition to that, she is occupied with evacuating Neelam from the estate.

As a result of all that happened, Neelam lost faith, and she may attempt suicide once again. After berating his employee over the phone, Meet Ahlawat walks away to use the restroom. Meet goes to his room, puts glue on the door, and then shuts it, making it difficult for the door to be opened again. While she waits for Meet Ahlawat to arrive, she hides a surprise gift under the bed for him.

When he spots her, he inquires as to why she is at this location. She has already taken possession of his room; does she also want the guest room? She retorts by saying that she would return his room to him. She explains that she has something for him to receive.

She instructs him to remove the packaging from the package. He discovers a pizza inside it. She advises him to consume it while it is still hot, but he orders her to go away. She forces pizza into his mouth despite his protests that he isn’t hungry.

He chomps down on his food with force. She gives the impression that she is about to leave and claims that the door is not opening. Meet Ahlawat makes an attempt to unlock it but is unsuccessful. He inquires as to whether or not she did it on purpose.

He yells for the other people in the home for assistance, but nobody comes to his aid. He checks the restroom first before continuing his quest for his phone. She stows his phone away in the drawers of the bed, but he keeps asking her where it is. She is a liar; otherwise, she would not have concealed his phone.

She claims that she is able to hold him responsible for all of this since he had done something similar in the past, such as concealing the vehicle keys when she wanted to see Aarav. They are now sitting on the sofa, glancing at one another. After Meet has finished reminiscing about all of their memorable experiences together with Meet Ahlawat, he retires to bed. As he devours the pizza, she silently expresses her gratitude to him for providing her with the priceless and lovely memories that she will hold dear for the rest of her life.

She gently touches his hand while he is falling asleep. She remains in close proximity to him while removing the adhesive from the lock on the door. She tells him that she loves him and adds that she will always feel this way about him. Barfi observes her as she exits the room and follows her.

Isha admits to Sunaina the next morning, during the celebration of Janmashtami, that she is missing Deep very much since this is her first Janmashtami after being married. Ragini hears from Babita that she is experiencing conflicting emotions. Tomorrow, Raj will be returning, and it will be interesting to watch how he reacts when he sees Neelam. Meet shows up and presents the women of Ahlawat with some presents.

She also sewed some new outfits for Kanha ji, according to what she claims. She takes a photo of herself with all of them. Isha speculates that maybe Meet is making an effort since she and her husband would want to do the ceremony together on Janmashtami. When Barfi asks Meet Ahlawat why he came out of his room so early in the morning, she brings up the fact that Ahlawat previously informed her it was safe to trust him.

She claims that he requested twenty-four hours to collect her signature on the divorce papers; nevertheless, this has not yet taken place. Why? She advises him to get things done quickly before Raj returns to the house. When he gets back, he won’t allow me out of the home under any circumstances.

During the puja, Barfi reveals that the “Jhula Jhulao” ceremony will be performed by Neelam and Meet Ahlawat. Neelam can be seen coming downstairs when she has finished getting dressed, and Meet can be seen coming down the stairs wearing her wedding saree. When everyone sees it, they are all taken aback. Neelam makes an effort to maintain Neelam’s grip on Meet Ahlawat’s hand, but Meet manages to get hold of his own hand first. Neelam again becomes agitated.