It has been shown that Katha obtained CCTV video from the SI Khan madam. Katha claims that she gathered all of this film with the intention of making Manyata accept her comments before she took her own life. Uma warns her that the two of them may not live to see this day if they focus on what is missing. Katha fasts till Kabir regains consciousness. Uma and Savitri will bring food to her and request that she consumes it. Katha is overcome with joy and weeps while hugging Kabir. She shows him their photographs and reminds him of the good times they’ve had together. 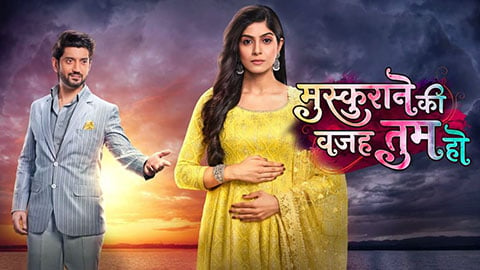 Check out the written update for the today’s scene of the fine telecast Muskurane Ki Wajah Tum Ho voiced on Wednesday, 21st September 2022. Katha makes a proposal to Kabir is the subtitle of the most recently released episode number E81.

At the beginning of the episode, Katha tells everyone that this is the real Yuvraj and that what he is saying is the truth. She then goes on to state that Yuvraj is lying when he claims that he has never met her. Yuvraj ponders the means through which Katha obtained this film. It has been shown that Katha obtained CCTV video from the SI Khan madam.

Katha claims that she gathered all of this film with the intention of making Manyata accept her comments before she took her own life. In her conversation with Madhu, Uma warns her that the two of them may not live to see this day if they focus on what is missing in Yuvraj rather than pointing to Katha. Savitri fights to get up. Yuvraj makes an effort to assist her, but she prevents him from doing so.

He claims that the video is a hoax. Savitri smacks Yuvraj. She claims that I gave birth to a saitan who wrecked a young woman’s life for the sake of a wager. She demands to know why he did not give any consideration to his sisters before destroying the life of another young woman.

She claims that it brings her humiliation to refer to you as my son. Savitri apologises to Katha. Katha asks that you not apologise to her for anything. She gives her a hug and informs Maasa that there is no misunderstanding about her.

Katha requests Yuvraj seek Kabir’s forgiveness so he may become healed. Yuvraj believes that he has no choice but to continue doing it until he discovers an alternative course of action; else, these people would kick him out. Yuvraj meets Kabir. He apologises for his oversight, urges him to open his eyes, and assures him that he will carry out any instructions he gives him once he regains consciousness.

Kabir suffers from an anxiety attack. They are asked to leave by the nurse. Savitri sees Yuvraj in fury. Yuvraj goes.

Katha bursts into tears at seeing Kabir. Savitri soothes her. In later years, Savitri requests that Katha perform the kalash stapana ritual during Navaratri at their residence for the sake of Kabir’s health. Katha does Kalash stapana and performs Aarti to Durga maa.

Katha makes a prayer to Durga maa, asking her to bestow her power onto Kabir. The Pandit bestows prasad and prays blessings upon Katha. Katha links Kalava to Kabir. She gives Kabir the promise that Durga maa would cure him, but she says that she won’t eat anything in the meanwhile.

She relays the news to Kabir that his junior, as well as herself, will fast till Kabir regains consciousness. She wants her child to take the burden on behalf of his father. After some time has passed, Uma and Savitri will bring food to Katha and will request that she consume it. Katha assures me that Durga Maa would restore health to my husband, and that until then, I shall abstain from eating.

They are taken aback by it. Savitri performs Havan at home. Uma prays Naini maa to rescue Kabir. The words of Katha’s mother come back to her.

She shows Kabir their photographs and reminds him of the good times they’ve had together. She continues, “I’m nothing without you; I know you’ve always wanted to hear this, and today I am saying it; I love you, and you’re the cause for my smile; therefore, please come to me as soon as you can, and I want to have you in all of my births. ” Aarti of devi maa occurs downstairs. Kabir makes a motion with his hand.

Katha nudges him and tells him to open both of his eyes. Katha opens both of his eyes and tells Mrs. Shekawat that he loves her. Katha is overcome with joy and weeps while hugging him. He clasps his hands with theirs. She places a kiss on his forehead, and both of them look at one other and grin.