Katha decides not to pursue her complaint since she is worried about Kabir’s health. Nevertheless, when Yuvraj seeks to defame Katha in front of everyone, Katha finds devastating proof against Yuvraj. Will Katha be successful in revealing the truth about Yuvraj this time? 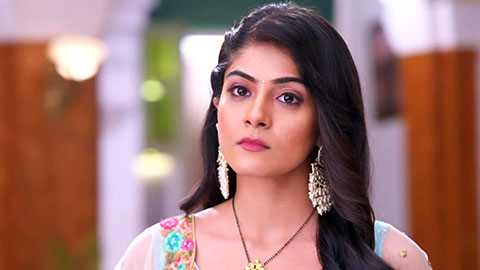 At the beginning of the episode, the Doctor examines Kabir. He informs Kishore that they have established up an intensive care unit (ICU) at home and informs them that they need to take care of Kabir as he may break out of his coma at any point. Kishore gives his assent, and the two of them go to the airport together to drop off Doctor. Katha goes to see Kabir, but Madhu cautions her not to come since she is ultimately responsible for his condition, and we have already made arrangements for a nurse to look after him.

Katha asks her to grant her permission to proceed. Why do you behave like you’re innocent when Madhu claims everything occurred because of you, and if anything happened between you and Yuvraj, then it may have happened because of your worry even if you act like nothing happened between the two of you? Deepa makes an effort to put a halt to Madhu. Katha claims that she loved him, but Yuvraj lied to her in order to win the bet that he had with Mukesh.

Madhu tells her to get out of there and implores her to quit acting out her dramas. Katha says that I won’t leave till Kabir has fully recovered from his injury. Yuvraj approaches Yash and Chacha Ji and requests them to help him escape. Chacha claims that they have faith in him.

According to Yash, the charges are serious; thus, you should wait for some time. Yuvraj becomes stunned. Savitri is urged to consume meals by her daughter Manju and her other daughters; nevertheless, she refuses to do so. The doctor has warned Savitri that she has to avoid stress at all costs or else she risks getting heatstroke.

After some time, Madhu declares that they must get rid of Katha. Deepa cautions Madhu against discussing stressful topics in front of their mother and brings up the advise that her physician gave her as well as Katha’s pregnancy. According to Savitri, Yuvraj is incapable of cheating on any female, despite what Katha alleges. Yash makes his way there and informs them that Yuvraj won’t be released until the complaint against him is dropped.

Katha urges Kabir to wake up. When Uma arrived, she comforted Katha by telling her not to feel sorry for herself. If they didn’t call her kid by such offensive names, Katha believes she may never tell anybody about it. Uma assures Kabir that he would eventually learn the truth, so she advises him not to worry about it.

She also advises him to put his faith in his love and in God, and she promises that everything will turn out well. Manyata claims that my obsession with Yuvraj’s affection has made me irrational. She extends her apologies to Katha for being blind to her suffering. Uma assuages her distress by assuring her that it is not her fault.

There may be found Deepa there. In the sake of protecting their family, she urges that Katha retract her complaint to the police. Uma inquires as to why you are speaking in such a manner, and Kabir replies that he would never say anything like that if he is aware. Deepa leaves.

Katha claims that she is at a loss on what to do. Uma soothes her. After some time has passed, Katha prays to Naini maa for Kabir’s health. The next day, Yuvraj signs the sheet, and the next day after that, he tells the Inspector that he is aware that Kabir has withdrawn the allegation.

He is informed by the Inspector that Katha has decided to drop the complaint. Yuvraj becomes stunned. He goes back to his house. Everyone feels thrilled meeting him.

It seems like Madhu is going to start the aarti. Katha says Maasa. Madhu claims that the liar is there, and she holds Katha responsible for spreading false information about Yuvraj. According to Yuvraj, Katha does not have any evidence, and as a result, she retracted the allegation.

Katha claims that you did not alter Yuvraj in any way, but for the sake of my husband’s health, I am withdrawing my complaint. She claims to have evidence and then shows them surveillance video that was taken of her and Yuvraj when they were in Nainital. Everyone is taken aback by the news. Katha adds that she hopes you all remember his bike, that this is the truth about him, and that he is lying to you guys by claiming that he has never met me, despite the fact that the truth is there in front of you.