Explore the written update for the freshly released story of the enthralling television show Pandya Store voiced on Tuesday, 6th September 2022. Raavi in Dire Straits is the pseudonym of the just-out episode number S1 E511. 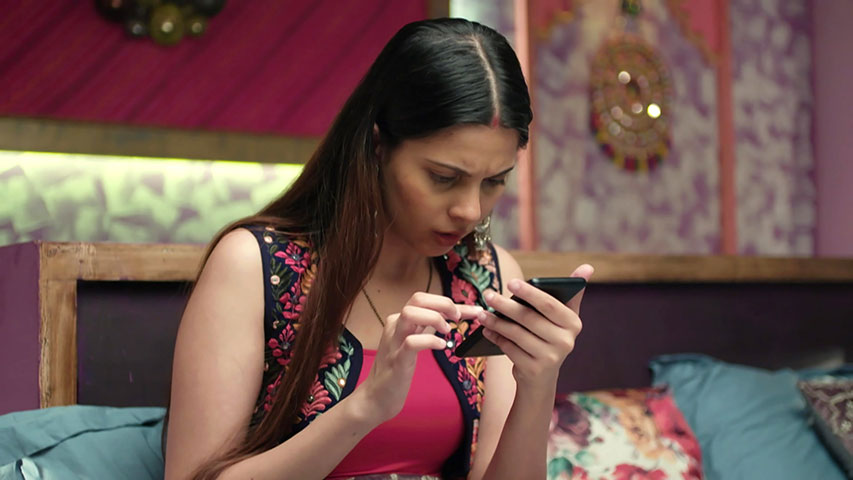 At the beginning of the show, Shweta mentions she is familiar with a competent therapist who can help Rishita. Shweta is the target of the latter’s yelling. She insists she is well and orders Shweta to leave the room. She claims she despises Shweta very much. After some time has passed, Suman, Dhara, and Gautam talk about Rishita’s situation.

Suman advises them to increase their love for Rishita and to disregard her rage and the things that she says. She continues by stating that they must not give her the impression that they care more about Chiku than they do about Chutki. Dhara agrees. Rishita would be led to believe that Dhara favours Chutki above Rishita and that everyone despises Rishita but loves Chutki if Shweta’s suggestion that Chiku should get more attention is carried out. She believes she should do all it takes to uphold Rishita’s negative reputation.

Raavi is taken aback when she discovers she has been the target of trolling and that she has been receiving hateful remarks on various social media platforms. When Shiva finds Raavi crying, he becomes worried for her well-being. He questions her about what happened. Raavi makes hateful remarks to him. Shiva takes the time to read the hateful remarks.

Raavi claims she did not upload a picture of herself wearing a bikini online. Rishita is concerned about her health circumstances and ponders how she might emerge from her dismal state. She has the impression that her family is trying to disprove her rather than aid her. Here, Shiva pacifies Raavi. He encourages her to keep a level head in the face of hateful remarks.

He claims that his whole family is now there with her. They should look for a way to get around the problem. Shiva adds that they will seek the help of Krish for the matter at hand, and if he cannot resolve it, they will file a complaint with the authorities. Rishita believes that if her family was there for her, she could pull herself out of her sadness. Right at that moment, she has an epiphany and realises that Dev and Chutki aren’t absent.

Suddenly, she realises her whole family is lying down on the floor to sleep. She inquires what each of them is doing while they are in her room. They justify it by claiming that the air conditioner in their room is broken. Rishita gives them her word that she won’t make the same mistake again and invites them to sleep in the room they share with her. But they won’t budge.

Rishita experiences a range of emotions as a result of the concern shown by her family. She wraps a blanket over them and then goes to sleep. Suman delegated to Krish the responsibility of washing the automobile in the morning. Right at that moment, Shweta and Chiku descended the stairs. Suman claims that Chiku has developed a tolerance for her, and as a result, he no longer sheds tears with her.

She indicates that Shweta and Chiku are free to go back to their house together. Chiku’s tears are brought on purpose by Shweta. Rishita begins to have doubts about Shweta and considers following her around to observe her behavior. Both Raavi and Shiva make their way to see Krish. Raavi shows him the hateful remarks that have been made about her on various social media platforms.

Raavi’s profile, according to Shiva, has been hacked. He claims that Raavi’s postings are being edited and that the person doing so is blackmailing her for financial gain. Krish instructs her to ban the accounts of all of her family members, including Kanta and her daughter-in-law. Raavi claims that she is unable to prevent them from approaching. Shweta makes a plea to Dhara that she take care of Chiku.

Dhara mentions that she needs to make breakfast for everyone. Shweta assures Dhara that she will carry it out before passing Chiku over to her. Shweta’s duty is to look after Chiku, so Suman advises that she should look after him as best she can. To divert Suman’s attention away from herself, Shweta contemplates starting a fight between Rishita and Dhara once again. Raavi’s mother advises Shiva and Raavi that they should first file a complaint with the cyber cell about Raavi’s account being hacked, and then they should locate a guy who is an expert in hacking and who can assist them in recovering the account.

He adds that they should do everything in the order listed above. Krish has informed them that he is in contact with someone who can assist them. During their conversation, the police came to the Pandya residence to arrest Raavi on charges of embezzling 1,10,000 dollars. Shiva and Raavi gaze on, horrified.

Precap: Shweta has predicted that the battle between Rishita and Dhara would begin as soon as Rishita touches the heated oil that is contained in the bowl. Rishita suggests to Suman that they should install cameras all over the home so that they can keep an eye on the youngster. Shweta believes that the camera in her room shouldn’t be installed there. Rishita is under the impression that Shweta will be found out. Suman asserts that because it is her home, she would make the decision about the cameras’ maintenance. Shweta is under the impression that the presence of cameras in the home makes it impossible for her plan to be effective.