Get the written update for the recent installment of the inspiring TV series Pishachini proclaimed on Monday, 22 August 2022 on Colors TV. Pishachini targets Ayodhya is the tag of the trend-setting episode number E11. 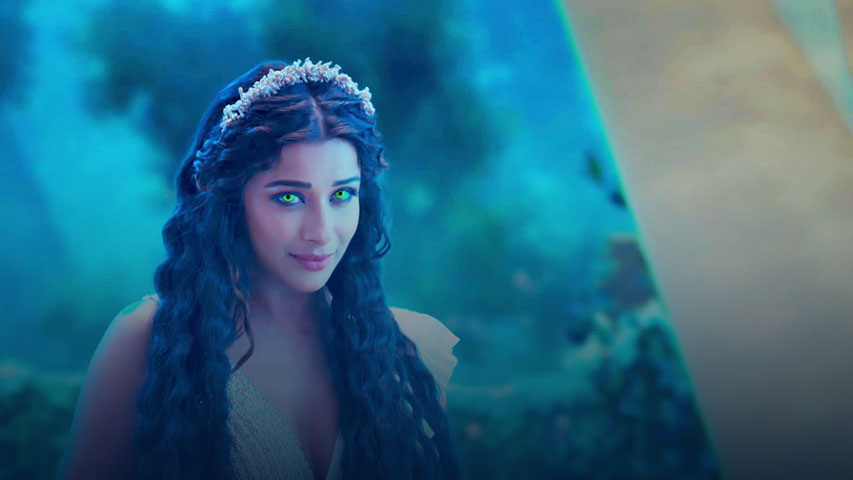 Rocky is assigned charge of taking care of Ayodhya. Rocky eventually makes the decision to meet Pavitra, leaving Ayodhya by himself in his room. Pishachini appears in the interim and makes plans to enter the home by murdering Ayodhya. Can Pishachini be successful?

Someone knocks on the door to begin the episode. Shikha rushes down the steps. She wonders who might have arrived at this moment. She looks terrified when she finds Pishachini and opens the door.

The latter asks Shikha for authorization before entering. Yes, a terrified Shikha nods. Pishachini enters the mansion while grinning. She acknowledges Shikha.

According to Pishachini, the demolition will now start. She extended her claws in laughter. She slams into Shikha. Later, he awakens startled and understands it was a dream.

She considers what may happen if she actually entered the home and considers ways to stop her. When Vidya enters Rocky’s room, she is shocked to see him there. Rocky claims he made the decision to spend the entire evening with Dadaji. She makes fun of him while displaying pictures of Rocky and Pavitra taken at Nikita’s wedding.

Dadaji believes that Pishachini’s trunk is a secret known only to Pavitra. He wants the family to get in touch with Pavitra since only she can protect them from Pishachini. He tries to write with the pen but drops it. There, Sudhakar shows up.

He reassures Dadaji that Pratik is alright because he believes that he is the cause of his concern. Dadaji is unsure of the best way to convey to him that he is speaking of Pavitra and not Pratik. According to Vidya, Pavitra might not visit India ever again because her aunt won’t let her. Rocky, however, is positive that she will show up.

Pratik and Amrita appear older and sob over their predicament. They bemoan the fact that they will be cursed for the rest of their lives because of their pact with Pishachini and pray that no one will suffer the same fate. Here, Rocky apologises to Dadaji for having to leave that day and night and gives him the assurance that Sanchit will take care of him. When he visits him, Rocky begs Sanchit to look after Dadaji.

Sanchit says okay while on the phone. Rocky thanks him and leaves after mistaking it to be for him. Rocky’s parents are currently in their room. They talk about Rocky.

Rocky’s carelessness is criticised by Sudhakar. Rocky’s mom stands up for him. She discusses their union. No girl, in Sudhakar’s opinion, will consent to Rocky’s marriage.

Rocky’s mother predicts that her son will find a compatible life partner. When Dadaji is alone, Pishachini approaches him and attacks him. Dadaji is lifted while she is wrapped around his neck and strangled. Sudhakar wants to inquire about Dadaji.

Rocky’s mother intervenes, telling him that Dadaji is with Rocky. She encourages Sudhakar to put his trust in Rocky because he is unable to be careless in Dadaji’s case. Dadaji moves the chandelier in this area. The family rushes to Dadaji’s chamber, and Pishachini drops Dadaji and departs.

They are all horrified to discover Dadaji on the ground, unconscious, and they all wonder how he got there. Where is Rocky, who is supposed to be watching over Dadaji, says Sudhakar? Rocky is pictured riding a bike while thinking of Pavitra. He merely evades getting run over by a truck.

He brings Pavitra a planter when he gets to the airport. In search of Pavitra He records a voicemail for her. He approaches the girl after overhearing her on the call discussing the cancellation of her trip. Shikha holds herself responsible for what happened in the estate with Dadaji.

She exits her room after hearing a frog. When she sees a man making frog-like noises, she becomes alarmed. According to Pishachini, Maddy is helping her keep an eye on them. Shikha is forced to go to the old mansion next to the well.